On the desktop, after the first 6 K/KF series overclockable models, Intel today also completed the 12th generation of CPU, up to i9, down to Celeron, there are as many as 22 models, and the entire family has reached the same 28. 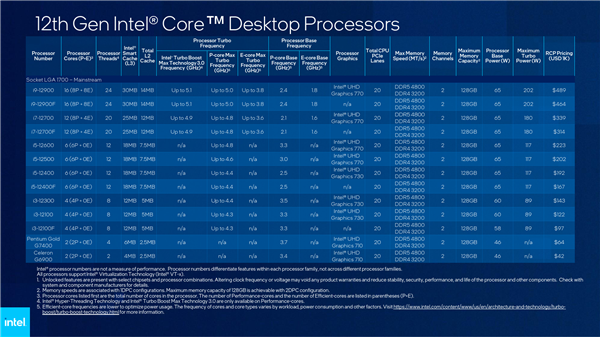 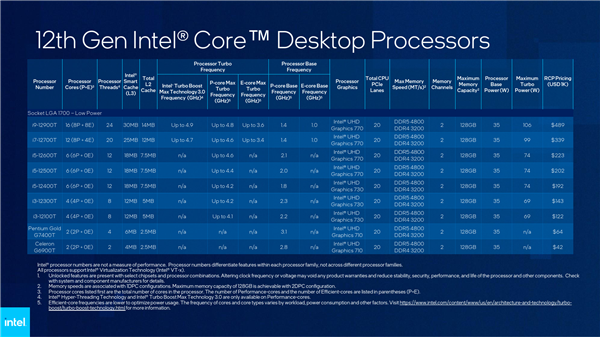 The specific specifications of each model will not be interpreted one by one, but the familiar product line layout, let’s summarize:

The i9 and i7 series are both large and small core hybrid architectures (C0), including the previous i5-12600K/12600KF. The i5 series and below have only large cores (H0), and all support hyperthreading except Celeron.

There is almost no change between this generation and the 11th generation, mainly because the name has been upgraded. Of course, the F series has no nuclear display.

Unified support for dual-channel DDR5-4800, DDR4-3200, with a maximum capacity of 128GB, Celeron has not been downgraded.

Unified support for 20 PCIe 5.0, Celeron is no exception.

The energy-saving versions of the T series are all 35W.

Pentium and Celeron do not have this indicator because they do not support Turbo Boost.

Currently only prices in North America, the reference value is not very large. 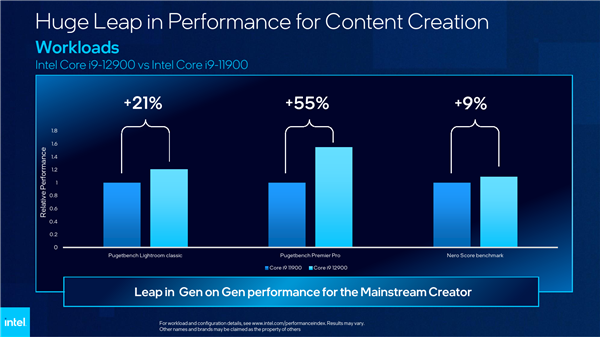 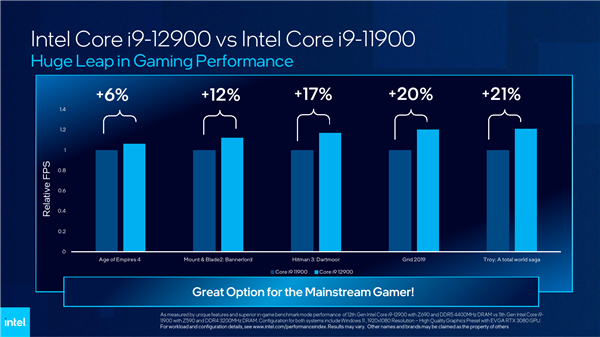 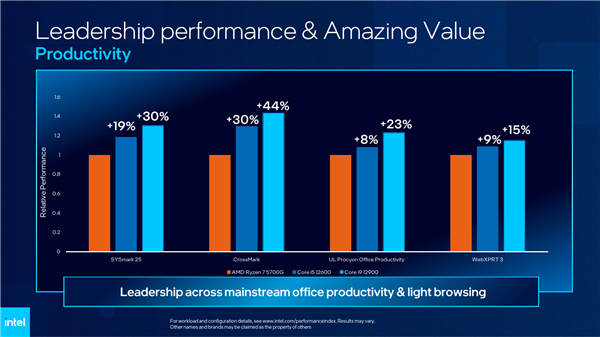 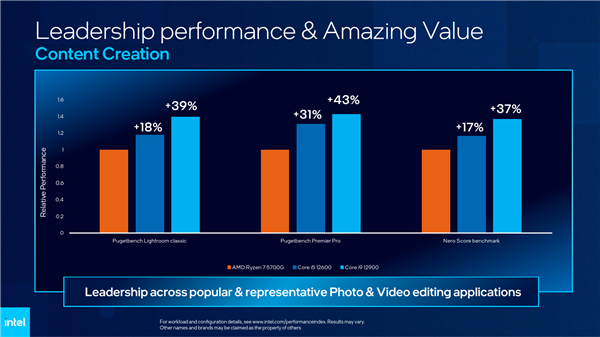 Compared with competing products, it is strange that i9-12900 and i5-12600 are used to play Ryzen 7 5700G, but only the productivity and content creation are compared, and there is no comparison. 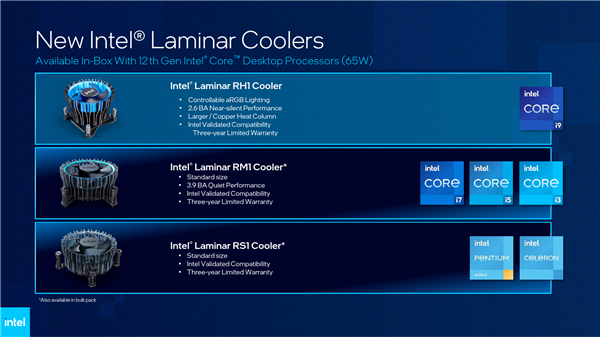 The copper core at the bottom and a blue strip at the top are said to have a low noise of 3.9 decibels, used for i7, i5, and i3.

A large area of ​​copper core at the bottom, copper cooling fins, ARGB lighting effects can be customized, the noise is as low as only 2.6 decibels, used for i9. 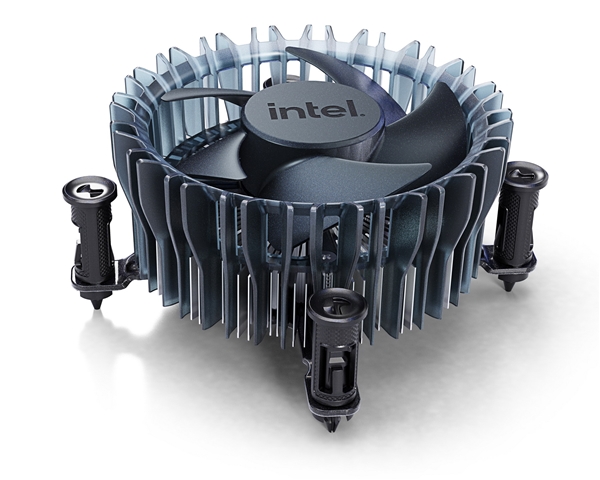