Exposure that Intel 12th-generation CPU will ship on November 19: 16-core flagship is cheaper than AMD.

Two weeks ago, Intel disclosed many details of the 12th-generation Core Alder Lake at the Architecture Day event. For ordinary consumers, they are also concerned about when to ship and the pricing.

According to the latest news, the 12th-generation Core processor will be released at the Intel ON conference in San Francisco, USA on October 27, and will go on sale on November 19, synchronizing with the Z690 chipset motherboard.

It is reported that the 12-generation Core Alder Lake will cover the desktop, mobile (notebook), ultra-thin and other product lines, and the power consumption starts from 9W, up to 125W.

Exposure that Intel 12th-generation Core will ship on November 19: 16-core flagship is cheaper than AMD

In terms of performance, the performance core (P-Core) is 19% higher than the 11th generation. E-Core can provide the same performance as Skylake, but reduce power consumption by 40%.

However, Core i7-12700K/KF and Core i5-12600K/KF are more expensive than AMD competitors. Compared with the 11th generation Core, the price may increase due to the increase in the number of cores. 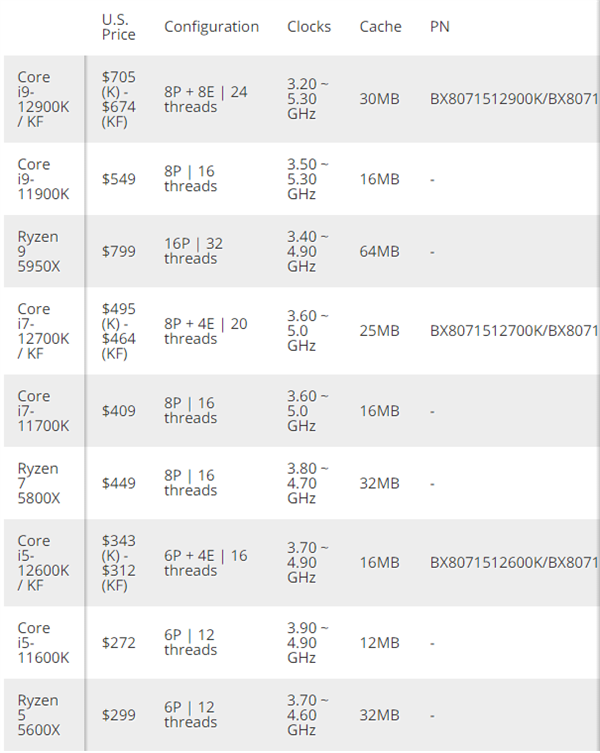