IMF warns that cryptocurrencies are very popular in corrupt countries

IMF warns that cryptocurrencies are very popular in corrupt countries.

With the global cryptocurrency market expected to reach $2.2 billion by 2026, many governments are taking urgent action to regulate the industry.

Cryptocurrencies are more popular in countries with insecure currencies and corrupt governments, according to a new report from the International Monetary Fund (IMF).

The rush to punish bad actors is on the rise, and new scam exploits are emerging around Bitcoin and Ethereum, fueling all kinds of scams and Ponzi schemes.

But regulations can vary widely from country to country.

This makes it much easier to use and abuse cryptocurrencies in some parts of the world.

Residents of countries with developed traditional financial industries are unlikely to feel the need for cryptocurrencies, according to the authors of the new report, who did not single out any particular country. 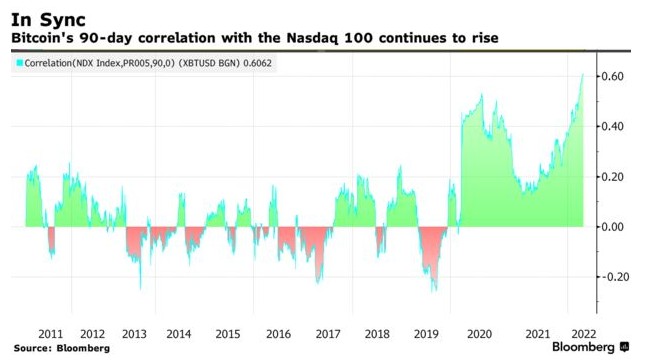 The IMF surveyed 110,000 respondents in more than 55 countries, surveying 2,000 to 12,000 people in each country about their cryptocurrency usage.

The authors of the report found that there are many reasons why cryptocurrencies are more popular in one country than another.

High inflation rates could mean that popular cryptocurrencies like Bitcoin are more stable than local currencies.

Since poorer countries also tend to have higher capital controls that prevent foreign money from moving in and out, cryptocurrencies can also be a way to circumvent taxes and restrictions. “A history of high inflation may make domestic currencies less attractive as a store of value,” the study authors said.

Of course, these findings are not rosy for countries that are too keen to adopt cryptocurrencies, as El Salvador did last year.

The Central American country was the first in the world to adopt bitcoin as legal tender and purchased 150 bitcoins at an event in September 2021.

In January 2021, the country added another 410 bitcoins at a price of $15 million. When the country declared bitcoin legal tender last June, its value rose nearly 8 percent.

But with this volatility, this widespread adoption also poses huge risks to the country’s financial system.

The study’s authors also stressed that the report should not be viewed as a conclusive condemnation of cryptocurrencies, given the relatively small sample size.

It is also impossible to draw conclusions about a country based on cryptocurrencies because there are bad actors everywhere.

According to the report, the best thing to do is not to fight, but to learn how to better regulate cryptocurrencies.