Recently, Munich-based developer Aaron Ardiri released the source code of Palm OS classic games , and he is the engineer who used to develop Palm OS.

This is surprising, because the last update to Palm OS was in 2007, after more than 20 years, why did the engineer choose to release the source code of these games at this time? 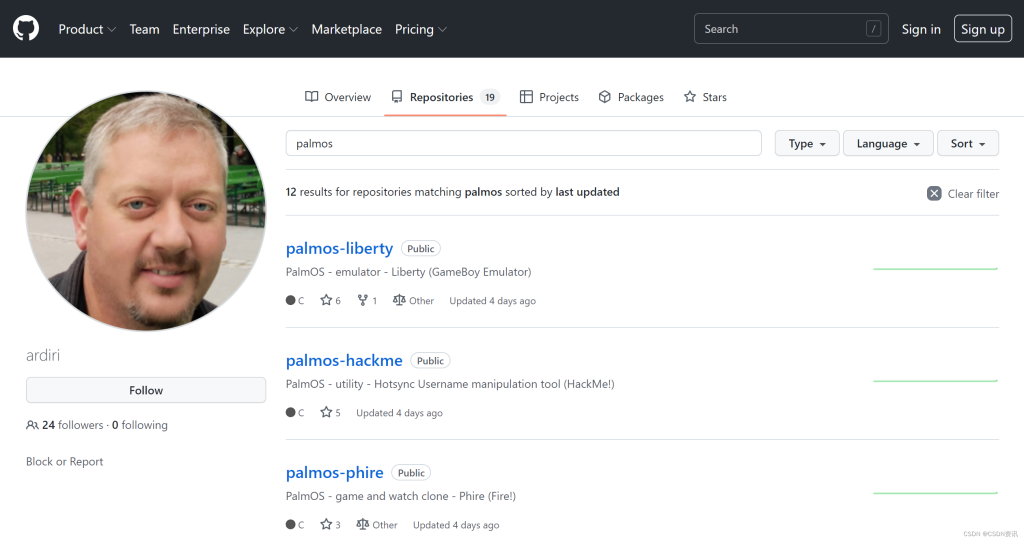 Palm used to be a pioneer in the budding period of smart terminals.

Since the first generation Palm OS came out in 1996, it was destined to be a classic PDA (Personal Digital Assistant) operating system.

Before 1999, the market share occupied by Palm OS once reached 73%, which was very popular for a while.

Since 2000, BlackBerry, Saipan, and Windows Mobile systems have begun to appear.

The earliest mobile phone equipped with Windows Mobile system is Dopod, which is the predecessor of HTC.

A Dopod mobile phone with a stylus, once the standard for high-end business people, is more elegant and stylish than holding a bulky big brother.

At that time, the people who used Dopod mobile phones were high-end business people who shuttled around airports, cocktail parties, business salons and other occasions, which were absolutely impossible to see in food stalls.

In 2001, business mobile phones began to rise and become popular.

The market share of Windows Mobile became higher and higher, from 15% to 32%.

However, because Palm OS was too small, its market share dropped rapidly to only 51%.

Although, its later WebOS, although amazing enough, still failed to prevent the demise of the Palm.

In 2010, Palm was acquired by HP for $1.2 billion. Subsequently, WebOS was also sold to LG and later became the operating system for LG smart TVs.

Ardiri wrote in the article: “Palm OS has created a thriving gaming world, realizing the remake of many classic games, such as LodeRunner, Lemmings and the enduring Game & Watch. They are mainly written in C language, using Assembler to optimize. Maybe these games will be implemented in various Arduino-like microcontrollers, designed for low memory, low processing power environments, and can be perfectly reproduced.”

“I just don’t want these things to be lost over time, maybe it would be better to have a record of what it once was somewhere better,” Ardiri said.

Right now, Ardiri’s main focus is on security issues in the IoT space.

But he plans to release more source code, which is just the tip of the iceberg for now.

These codes are well documented by him, and maybe there will be some reference for the future.

An era will eventually pass, but the developer’s open source behavior has preserved this glorious history well, and may also evoke the youthful memories of many people.