According to CryptoCompare data compiled by the Financial Times, the market capitalization of the top 500 digital currencies has fallen 50% to $1.6 trillion from a record high reached in November 2021.

The world’s largest digital currency, Bitcoin, also fell by half during this period, and the market value of the cryptocurrency’s third-largest stablecoin evaporated by more than 30%.

It may also be expected that the price of the risk asset Bitcoin will continue to fall under the tightening policy of the Federal Reserve.

However, as the price of Bitcoin continued to fall, the stock price of MicroStrategy, the world’s largest listed company holding the most Bitcoin and a business intelligence company, plunged 24% on Monday, reaching the lowest level since 2020.

Since the beginning of the year, the cumulative decline of micro-strategy has reached more than 60%. 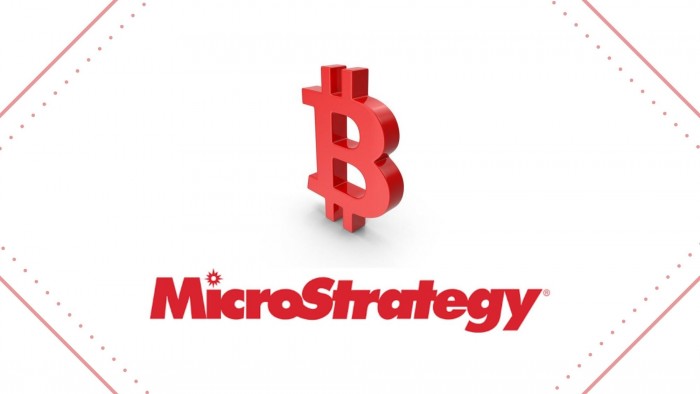 To make matters worse, Bitcoin has fallen 20% over the past week, to below $31,000 and even below the $30,000 mark at one point this week, getting closer and closer to the level of margin calls for MicroStrategy; if If Bitcoin falls below $21,000, MicroStrategy will be subject to a loan margin call, which means MicroStrategy may be forced to sell some of its Bitcoin.

According to SEC filings, MicroStrategy purchased another $215 million worth of bitcoin in the first quarter of this year, at an average purchase price of $44,645 per bitcoin, bringing its total bitcoin holdings to 129,218 for a purchase cost of $3.97 billion, or $30,700 per bitcoin.

It’s worth noting that MicroStrategy’s underlying software business doesn’t have enough profits to service these debts, so the success of the company’s highly leveraged bet on cryptocurrencies is entirely dependent on the price of Bitcoin rising well beyond its average payout of 30%. , $700.

That would force the company to either put up more collateral on loans or sell some of its bitcoin holdings, according to comments from the company’s chief financial officer, Phone Le, on the company’s most recent earnings call. Regarding the issue of bank loan margin calls, Le said:

We lend at a 25% loan ratio and margin calls occur at a 50% loan ratio. So basically, Bitcoin needs a halving or around $21,000 before we have a margin call.

MicroStrategy’s co-founder and CEO Michael Saylor may be one of the world’s most ardent Bitcoin supporters, and his fan-favorite spectacle at the 2022 Bitcoin Conference in Miami, USA, has Recalling that when he told people never to sell their cryptocurrencies, Thaler saw Bitcoin as “freedom” and “in general, the most desirable property in time and space.” On the company’s strategy, he once stated:

We will continue to evaluate opportunities to raise additional capital to execute our Bitcoin strategy.

Thaler didn’t just say that and did it, the CEO borrowed heavily from banks to add more cryptocurrencies to the balance sheet of his MicroStrategy firm.

In December, MicroStrategy said it spent about $82.4 million on those bitcoins between Nov. 29 and Dec. 8, at an average price of $57,477. Some of that was bought during the Dec. 4 slump, when bitcoin prices fell more than 20%.

While bitcoin prices have recovered since then, they are still well below their recent highs of around $69,000. At the time, the company held a total of 122,478 bitcoins at an average cost of $29,861 each.

Earlier this year, the SEC noted that it would not allow it to exclude the impact of wild swings in bitcoin’s price from its results through unofficial accounting methods it had previously peddled to investors.

In March, MicroStrategy applied for a $205 million bitcoin-backed loan from Silvergate Bank to buy more bitcoins. The total value of bitcoin held by the software company is now just over $4 billion.

“The tree falls and the hozen is scattered”, many coin companies let out a cold sweat

According to data from Tianyan on the chain of Ouke Cloud Chain, as of Monday, a total of 43 companies or institutions, including Grayscale Investments, held 1,225,600 bitcoins.

Since the Federal Reserve announced interest rate hikes on May 4, it has fallen by tens of thousands of dollars, which also means that the bitcoins held by these institutions and companies have evaporated by more than 12 billion US dollars.

This round of Bitcoin’s decline has fallen below the cost price of Bitcoin by many institutions or companies.

According to public information, at a price of $30,800 in bitcoin, 12 institutions or companies, including Tesla, currently hold bitcoin at a loss.

Not only institutions, but according to the third-party data service provider bcoin, as of 12:00 on May 10th, Beijing time, 271,300 people around the world had liquidated positions of US$970 million in the past 24 hours, including US$262 million in Bitcoin and US$262 million in Ethereum. $220 million.

However, Cathie Wood, founder of ARK Invest, said in an interview with the media that the increasing correlation between cryptocurrencies and traditional assets indicates that the bear market will soon end.

Cryptocurrencies as a new asset class should not look like Nasdaq (traditional securities asset class), but it is highly correlated now.

You know you’re in a bear market and maybe it’s coming to an end when everything starts to look similar.

In addition, she also stated that despite the current market downturn, she still maintains long-term confidence in cryptocurrencies because, like other investment classes in ARK, she believes that cryptocurrencies will grow exponentially with economic and social development.

But with the S&P 500 gaining 136% over the same period, so-called excess returns have all but disappeared, according to data compiled by Bloomberg.