When it comes to RAID cards, a dedicated RAID controller is usually used inside, but this is not the case with GRAID’s SupremeRAID series.

Continuous read speed and provide 19 million 4K random read IOPS, it has a NVIDIA RTX A2000 GPU to act as an AI engine, which can help the CPU to handle I/O operations and reduce the burden on the CPU. 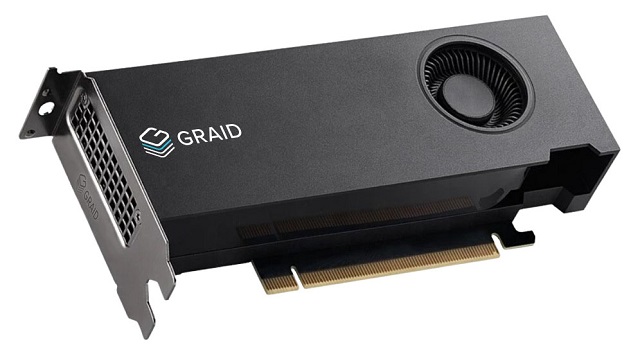 The I/O operations of traditional RAID cards are ultimately handled by the CPU. In fact, we all know that the parallel processing capability of the GPU is actually much stronger than that of the CPU. 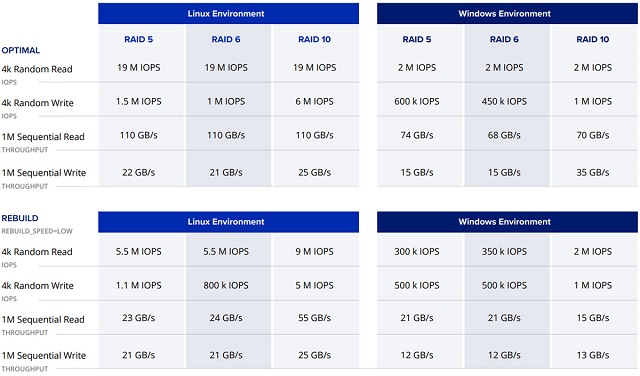 The performance of SupremeRAID SR-1010 is shown in the above table, it will be much better under Linux system than Windows system, the best performance under RAID 10 mode, continuous read speed reaches 110GB/s, write speed 25GB/s, 4K Random reading and writing are 19 million and 6 million IOPS respectively.

The performance in RAID 5 and RAID 6 modes is relatively low, but the available capacity is larger, and the performance is far superior to ordinary RAID cards.

This RAID card is a half-height dual-slot size.

The power consumption is 70W, and it has a small turbo fan to dissipate heat. It will start shipping on May 1, and the price is unknown.