New cool products will be tested for free for the first time, and many high-quality talents will share their unique life experiences.

Come to Sina Public Test and experience the most cutting-edge, most interesting and fun products in various fields~! Download the client and get exclusive benefits!

On June 30, Google officially announced that all Android 12-based smartphones will support the Switch to Android app on iOS, which allows iPhone users to transfer their data to Android devices. 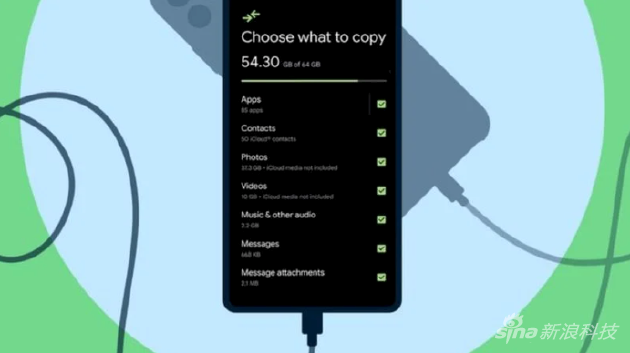 Previously, the Switch to Android app for iPhone was limited to Google’s own Pixel phones, though the number of Pixels was limited.

Through the Switch to Android app, iPhone users who have purchased an Ando mobile phone can use Wi-Fi or Lightning to USB-C data cable to connect the iPhone to the Android phone, copy data such as apps, photos, contacts and messages to achieve a seamless transition.

Apple also has its own Move to iOS app for Android devices that mirrors Google’s app.