Firefox will only provide snap packages from Ubuntu 22.04

Firefox will only provide snap packages from Ubuntu 22.04

Starting with Ubuntu 22.04 LTS, Firefox will only provide users with snap packages, and the traditional way of installing deb packages will also fail, and all users will be forced to use the officially recommended snap version of Firefox.

For users who are currently using the deb package, you can transition to snap by updating, and the updated Firefox will get the settings of the original version from the user’s home directory. 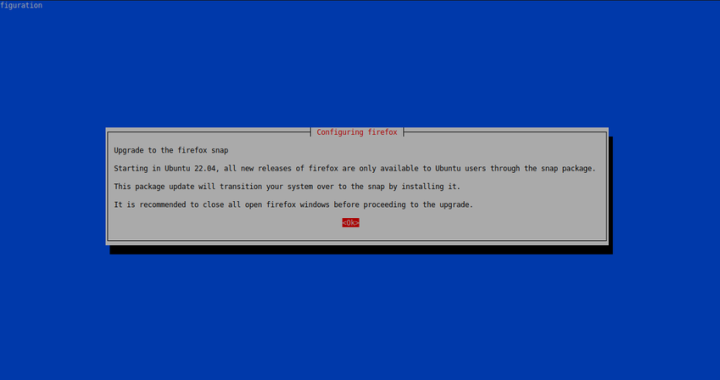 In September last year, we reported that Ubuntu 21.10 would use the snap version of Firefox by default because of the distribution agreement between Canonical and Mozilla, but Ubuntu users at that time could still manually install the deb version of Firefox.

Now after a half-year transition period, Firefox will completely abandon the deb package.

Firefox as a cross-platform browser vigorously promotes the reason for the snap format is also well understood, that is, through the snap can simplify support and unify the development of different versions of Ubuntu.

When deb packages were used in the past, whenever Firefox released a new version, developers needed to package, test, upload and publish the deb versions on different Ubuntu versions, which required extra time and effort for developers to maintain.

The snap package doesn’t have this problem and supports all distributions running snapd.

Coupled with the fact that the browser is the entry point to the Internet on the desktop side, the browser needs to be updated in a timely manner in order to block any potential vulnerabilities.

With snap, Mozilla can bring the new version of the browser to Ubuntu users as quickly as possible.

Not only Firefox, but since 2019, the Chromium browser is only available to users in the form of snaps. Based on current information, Ubuntu flavours are temporarily unaffected by this switch, and downstream distributions such as Linux Mint are also unaffected. In response to this problem, users have protested .