New news on June 5, Mozilla has launched a translation plugin Firefox Translations for its Firefox Firefox browser that can work offline.

According to the official introduction, except for the first time to convert the text into a specific language, Firefox Translations needs to download some files, and the rest of the time uses local resources to process translation, rather than sending the information to the data center for processing. 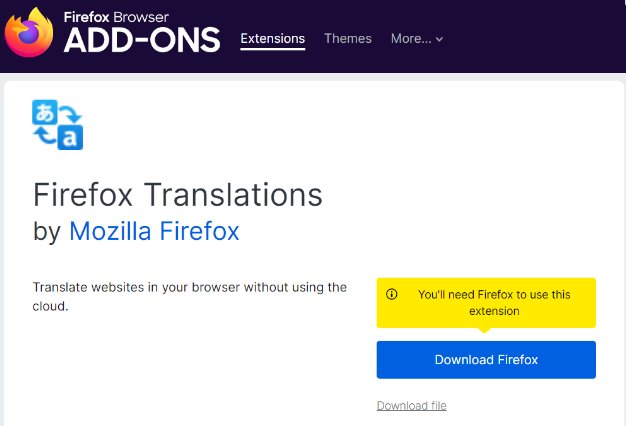 One of the biggest limitations of this plugin is that it can only handle translations between 13 languages.

The translation add-on is now available in the Firefox add-on store and can be installed on Firefox Nightly, Beta, and regular builds.

In January 2019, Mozilla joined Project Bergamot, a consortium of the Universities of Edinburgh, Charles, Sheffield and Tartu, whose ultimate goal is to build a suite of neural machine translation tools that will enable Mozilla to develop a website translation plugin.