The frequency of RTX 30 series graphics cards is generally not high, but as long as you are willing to smash it, you can beat it hard before.

He uses an EVGA RTX 3090 Ti KINGPIN , which is designed for extreme overclocking, and uses two pieces at a time, each with a liquid nitrogen cannon. 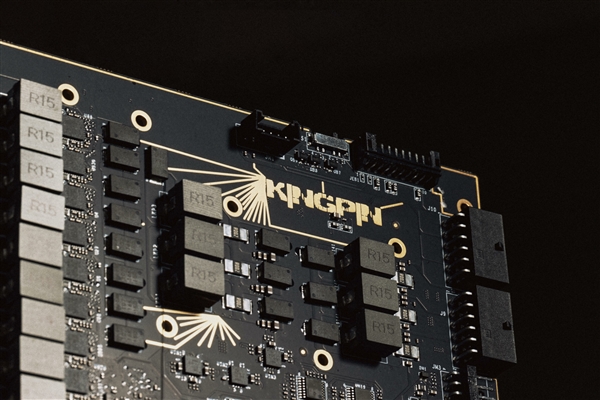 This card is equipped with two 16-pin PCIe 5.0 power supply interfaces, with a theoretical auxiliary power supply capacity of 1200W.

In fact, EVGA claims that this card can indeed run up to 1200W of power consumption, so the official card comes with an EVGA SuperNova 1600W T2 power supply. ——Yes, such a top-level power supply is given away.

However, the power supply does not integrate a 16-pin power supply interface, so it needs to use six 8-pin PCIe interfaces to transfer, and two cards use 16. 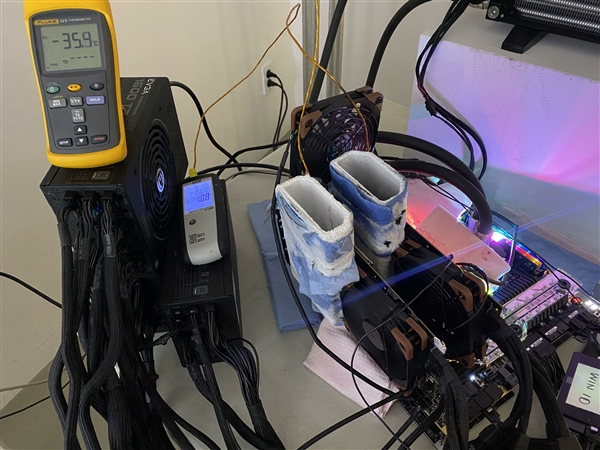 ou must know that the maximum frequency of the public version of the RTX 3090 Ti is only 1860MHz.

At the same time, the memory frequency is up to 24GHz , and the bandwidth reaches 1.15TB/s.

Such a high frequency has naturally set a number of world records, including 3DMark Port Royal, 3DMark Time Spy, and Unigine Superposition. 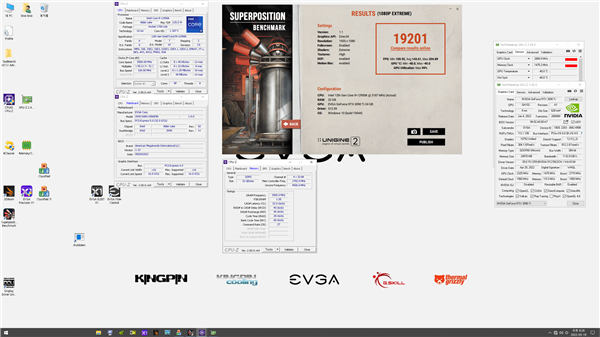 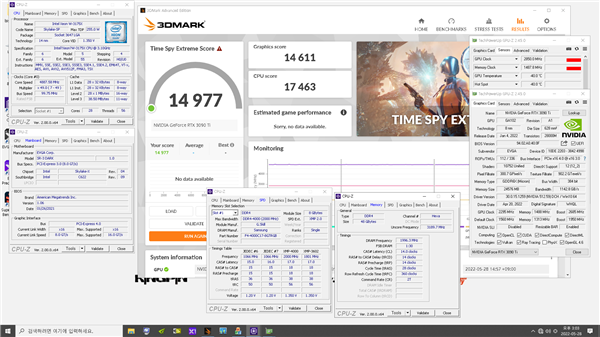 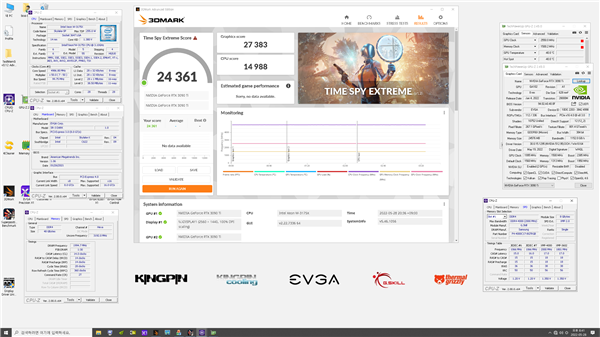 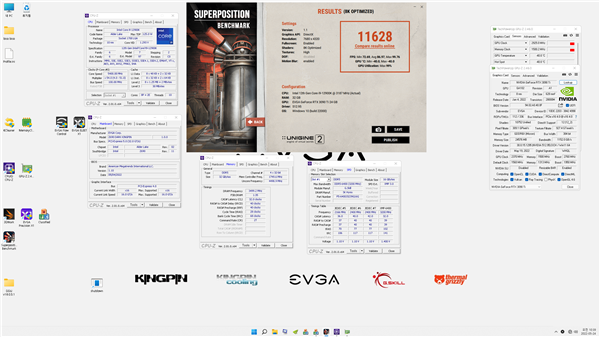 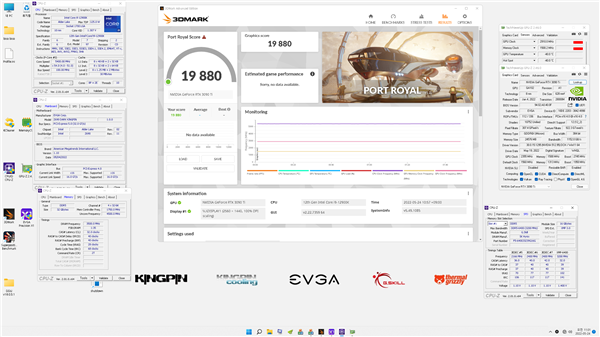