EU to present RePowerEU strategic plan on May 18

EU to present RePowerEU strategic plan on May 18.

In addition to plans to increase spending on carbon reductions, the EU will invest an extra 195 billion euros ($205 billion US dollars) to achieve its ambitious zero-carbon emissions target, according to the Financial Times.

The EU will present on May 18 a package to implement the RePowerEU strategy, which proposes to raise the clean energy target to 45% by 2030 from the current 40%, and asks member states to build on 2020 forecasts for at least 45%, the European Commission draft shows. Reduce energy consumption by 13%, compared to the previous target of 9%.

In addition to spending money, the EU is also preparing to stop the sale of new gasoline vehicles in 2035. 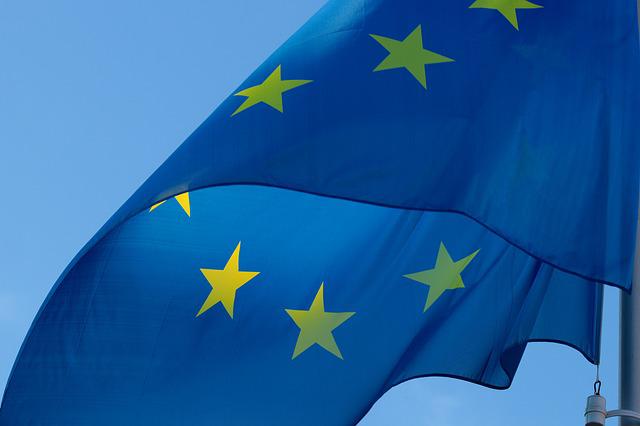 EU pursues clean energy, hoping to get rid of energy dependence on Russia

Following the escalation of the Russian-Ukrainian conflict, the EU hopes to accelerate investment to wean itself off Russia’s energy dependence by combining faster deployment of renewable energy, larger-scale energy savings, a diverse energy supply from international partners and new tools.

The European Commission has said the bloc is expected to cut Russian gas imports by two-thirds this year and urged member states to replenish their gas storage facilities by next winter.

In addition, the EU is seeking approval from member states for its sixth set of sanctions, including the gradual implementation of an embargo on Russian oil this year. But the measures were opposed by Hungary, which relies heavily on Russian oil.

Hungary has been blocking an EU plan to ban oil imports from Russia by the end of this year, saying the country needs more time and money to ensure a sustainable transition and has been seeking technology and investment guarantees.

The EU plans will show that billions of euros in infrastructure investment are needed to import enough LNG and pipeline gas from new supplies and will ensure readiness for hydrogen development projects.

The proposals would also outline the limited short-term investment needed in oil infrastructure to ensure security of supply in a country completely dependent on Russia for energy, the people said, but the size of the package has yet to be decided. 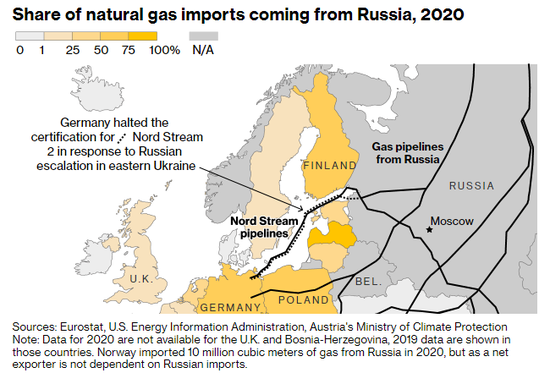 The proposal will also develop some emergency response plans, such as a contingency plan for cutting off gas supplies in Russia, and the need for common standards and coordinated action.  But that might change before it’s implemented.

To help free up investment, the European Commission wants to receive early funding from the Innovation Fund, which is based on the sale of carbon permits in the EU’s emissions trading system. This will be done in this autumn’s call for projects, when the EU’s available funding will be doubled.

Separately, lawmakers on the European Parliament’s environment committee on Tuesday backed an EU plan to effectively ban new petrol and diesel car sales from 2035 , while voting against tougher targets to cut cars’ carbon dioxide emissions over the next 10 years.

The European Commission has backed a proposal to zero carbon dioxide emissions by 2035, which would make it impossible for new fossil fuel-powered cars to be sold in the 27 member states.

The European Commission proposed the targets in July last year as part of a larger climate change policy allowing new cars to last for 10 to 15 years, meaning net zero across all sectors by 2050 without compromising the EU 2035 could be the latest date to stop the sale of petrol vehicles in the absence of the planned emissions.

“With CO2 standards, we create transparency for the auto industry and stimulate innovation and investment by automakers. This should bring down the cost of electric vehicles.”

The entire European Parliament will vote on proposals for carbon dioxide emissions from cars in the coming months, after which lawmakers and EU countries must negotiate final rules.

By accelerating the transition to electric vehicles, the EU aims to address a quarter of the bloc’s emissions, transport emissions, a share that has been rising in recent years.

Companies including Volkswagen have already announced plans to stop selling internal combustion engine cars in Europe by 2035, but some industry groups have warned about one particular technology, saying only policymakers support a mass rollout of charging facilities, to achieve the goal of zero emissions.

The EU is also currently negotiating a proposal to require countries to regularly install public charging stations along major roads.