Edge overtakes Safari to become the second-largest browser on the desktop.

According to statistics from market research firm Statcounter as of April 2022, the Chromium-based Microsoft Edge browser has surpassed Safari in the desktop market, ranking second only to Chrome and becoming the second largest browser on the desktop. And Chrome’s status is still unshakable and dominant. 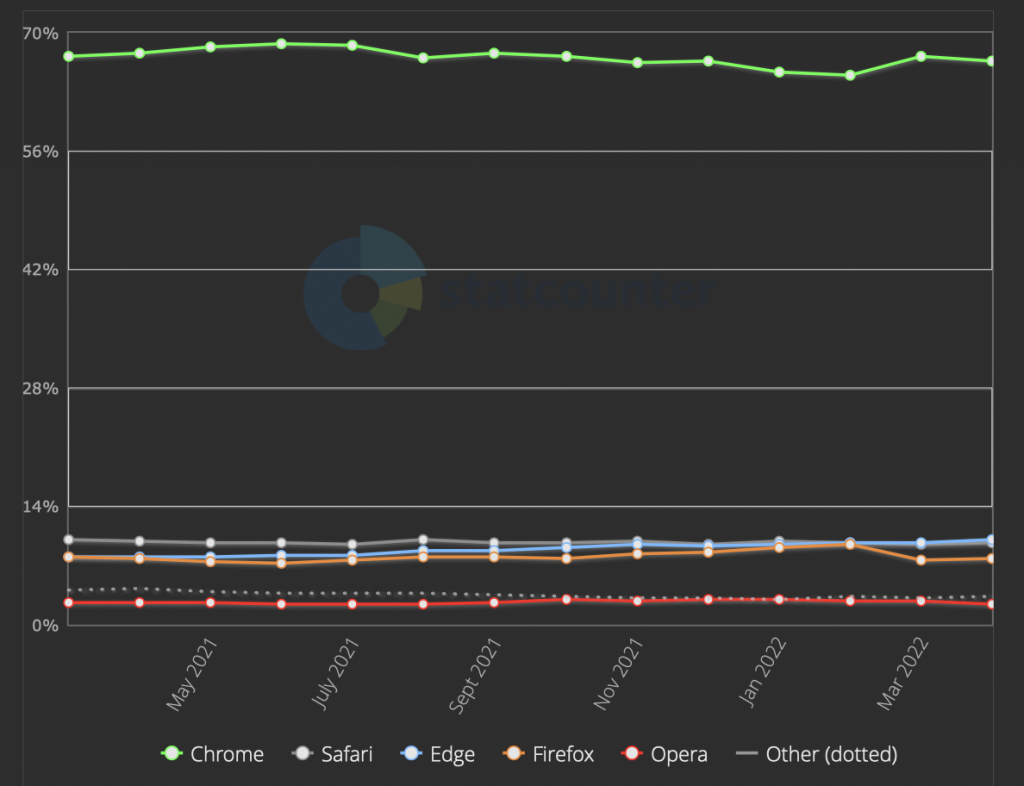 The Edge browser has risen in the rankings, squeezing out the second-ranked Safari, which has lost 0.5% of its market share in the past year and has a market share of less than 10%; Firefox’s market share was at the end of last year and the beginning of this year.

There has been a sharp rise, even reaching 9.47% in February this year, but after a sharp decline in March, the overall share has not changed much compared to last year. 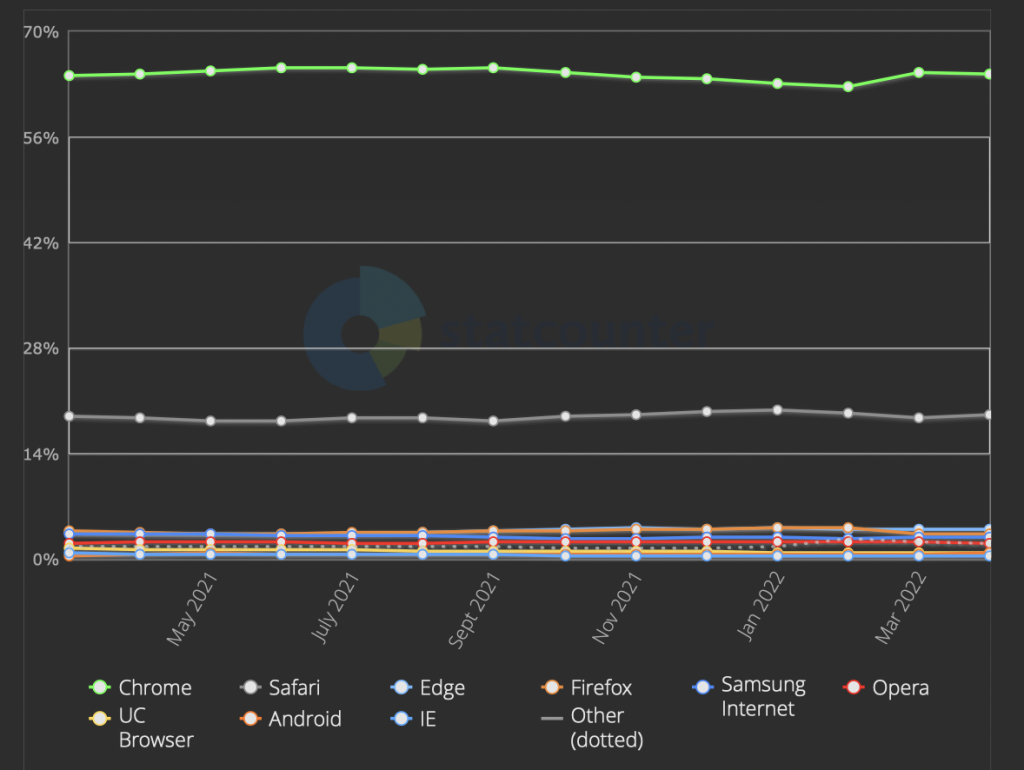 Although the Edge browser’s performance on the desktop side has steadily improved, if you look at all platforms , the Edge browser can only rank third with a market share of 4.07%, far behind Chrome with 64.36% and Safari with 19.13%.

The main reason is that Edge’s performance on the mobile side is very weak. 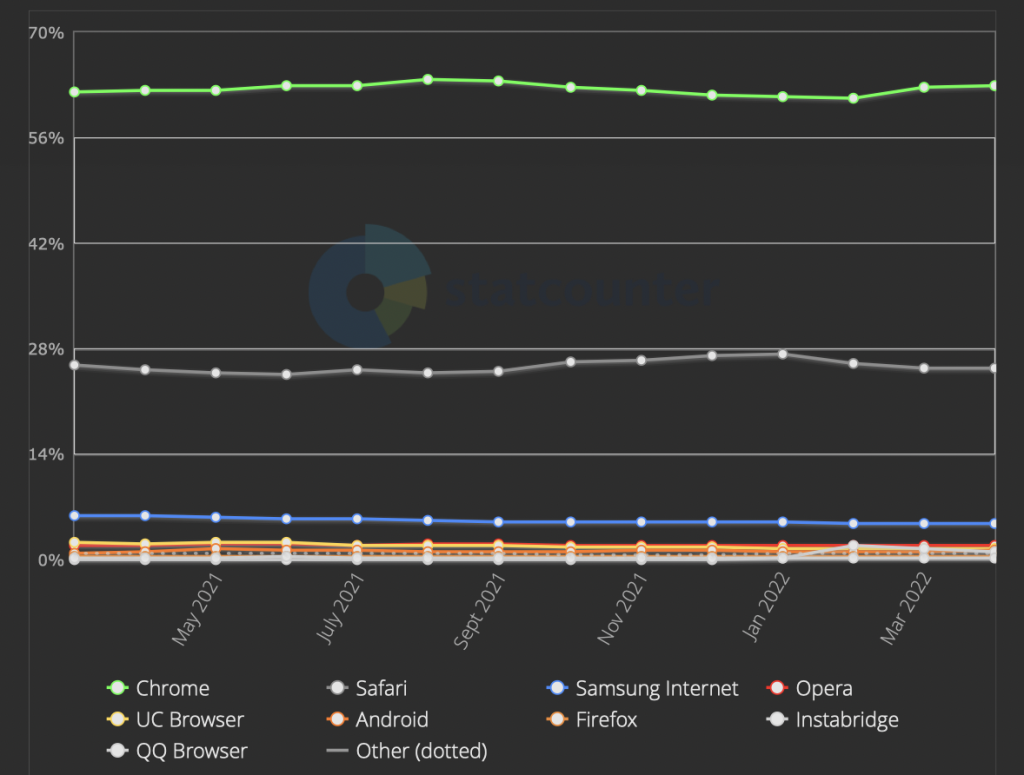 When we look back to phones and tablets, we can’t even see the Edge browser.

Since Google and Apple control the two major mobile operating systems, Android and iOS, Chrome and Safari are naturally the first and second mobile browsers, occupying 62.91% and 25.36% respectively.

As the world’s largest mobile phone manufacturer, Samsung’s annual mobile phone shipments ranked first, which also brought a 4.7% market share for the browser built into its own mobile phone.

Users who frequently browse our website have heard more or less about Chromium-based browsers such as Brave and Vivaldi.

Although they bring a lot of convenient functions and better privacy protection features to users on the basis of Chrome, here We haven’t been able to see them in this statistic yet, and they don’t seem to have any impact on Chrome at this stage.