Do we really need WiFi7 with more bandwidth and lower latency?

Do we really need WiFi7 with more bandwidth and lower latency?

As ZTE launched the world’s first WiFi7 terminal MC888 Flagship in the form of CPE (Customer Premises Equipment) at MWC2022, it marks that WiFi7 has finally entered the attention of consumers and has begun to enter the practical stage.

So, compared to WiFi6, what does WiFi7 bring? When will we be able to use WiFi7 devices? Do we really need it? 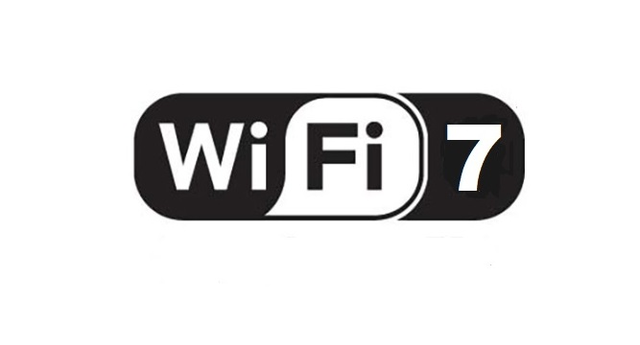 Let’s start this topic from one WiFi7 device: MC888

What kind of performance does WiFi7 have?

In fact, it is a better way to understand the characteristics from the product.  Take ZTE’s MC888 as an example. It is a 5G CPE device.

Generally, it can convert 5G mobile signals into WiFi7 signals, and use the device’s routing switching function for various WiFi devices in the location. 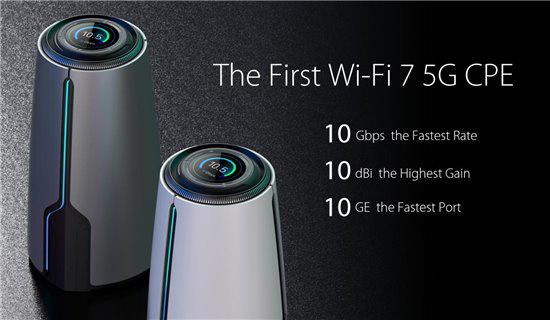 MC888 is a vertical 5G-to-WiFi7 router. It can be seen from the promotional screen that its maximum transmission rate is 10Gbps, which is a 100,000-gigabit network, and it has 10G network interfaces (it has not been disclosed whether it is an optical port or an electrical port.

It is still a photoelectric dual-mode port, but the 10G port basically reaches the limit of Category 6 super cable).

In terms of speed, it basically exceeds the current mainstream Gigabit and entry-level 10 Gigabit (1Gbps, 2.5Gbps) for home and office networking.

At the same time, the signal gain of 10dBi is a very scary data. Y

ou must know the FEM power of the current mainstream WiFi6 routers.

Most of the signal gain of the amplifier chip is only 30 to 40 dBi.

In other publicity, it is also claimed that the maximum concurrent rate of MC888 can reach 19Gbps.

Judging from the specification, WiFi7 is indeed unbelievably fast, so in terms of technical specifications, what new features does it add to WiFi6?

Wireless Standards for the Metaverse Age

From this literal meaning, you can guess that compared with WiFi6, WiFi7 has set goals.

It can be said that WiFi6 is still in the scope of home and office networking, mainly to meet more user terminal access and concurrency, so that OFDMA, MU-MIMO, Mesh, etc. are the core technologies of the protocol.

WiFi7, on the other hand, is designed to meet the extremely high throughput requirements of the future larger mass wireless network data elaboration scenarios, mainly for applications that require higher throughput and latency in recent years, such as 4K and 8K video (the transmission rate may be up to 20Gbps), VR/AR (head-mounted binocular rendering) in metaverse applications, large-scale network and e-sports games (with a latency requirement of less than 5ms), remote office, online video conferencing and cloud computing, etc.

WiFi 7 introduces many new technical features on the basis of WiFi 6 (see the figure below), so that WiFi 7 will provide higher data transmission rates and lower latency than WiFi 6. W-Fi 7 is expected to support throughput of up to 30Gbps , roughly three times that of Wi-Fi 6.

It seems that the performance of MC888 is actually just the tip of the iceberg of WiFi7.

Are these new features of WiFi7 suitable for me now?

First of all, WiFi7 brings a larger spectrum applicability, which pushes up the limit rate indicator: it allows the use of spectrum resources from 1GHz to 7.2GHz, and focuses on compatibility with the 2.4GHz, 5GHz, and 6GHz frequency bands of the previous WiFi standard.

The spectrum plane of 2000 achieves a larger theoretical bandwidth, so the theoretical maximum bandwidth is 30Gbps.

However, at present, even the 6GHz frequency band of WiFi6E has not been officially approved for civilian use in my country.

All WiFi6E routers must be adjusted in the regional settings to be able to use WiFi6E in some countries, and there are still suspicions of illegality, not to mention 7.2GHz and more 1GHz lower.

Therefore, as far as the frequency band of WiFi7 is concerned, you can’t use it all now, not to mention that there is no terminal device of any kind of WiFi7, from notebook wireless network cards to mobile phones and tablet computers.

Next, let’s take a look at the practical significance and current practicality of other new technologies introduced by the WiFi7 standard:

WiFi6 can achieve a maximum of 160MHz, while WiFi7 has doubled.

It seems that in the future our mobile phones can have greater wireless throughput.

However, the 320MHz bandwidth is based on the use of the 6GHz or even 7.2GHz frequency band, which also involves the issue of whether a country approves it.

Approved, how many terminals are supported?

In addition, WiFi6 mobile phones (including Apple iPhone13) are basically all 80MHz. So, it doesn’t make much sense at the moment.

That is to say, in terms of MIMO, the 8x8MIMO (uplink and downlink, multi-user mode is UL/DL MU-MIMO) of WiFi6 has been improved to 16x16MIMO.

Theoretically, the physical transmission rate can be increased by more than two times .

Supporting more data streams will also bring more powerful features – distributed MIMO, 16 data streams can be provided not by one access point, but by multiple access points at the same time, which means multiple APs They need to work collaboratively with each other.

From a single router, in theory, signals can be sent and received through 16 antennas, and “16 claw fish” routers may appear in the future.

However, most of the current mobile phones are 2×2 MIMO, so the extra spatial stream actually mainly improves the ability to carry the phone.

This data is mainly to increase the limit speed of single (band) signal flow.

4KQAM is actually not a rare thing. Some high-end WiFi6 routers above AX5000 level have been installed (such as TP-LINK’s XDR5480), so this feature will have better compatibility in the future.

This is believed to have a great impact on the future Wi – Fi 7 networking , and it is also a feature that suppresses Wi – Fi 6 .

For existing WiFi devices, common functions such as automatic tuning between APs and intelligent roaming are vendor-defined features.

The purpose of inter-AP cooperation is only to optimize channel selection, adjust inter-AP load, etc., so as to achieve the purpose of efficient utilization and balanced allocation of radio frequency resources.

This feature will greatly balance the AP load after networking , and achieve better performance sharing and network stability.

Therefore, in general, although Wi -Fi 7 currently has many features due to spectrum approval, terminal equipment support and other reasons, it will be less practical for a considerable period of time.

But the large bandwidth, low latency, high balance, and high collaboration it represents are still worthy of our expectations.

But for now, the most practical choice is still the AX5400 -level Wi- Fi 6 routing device .