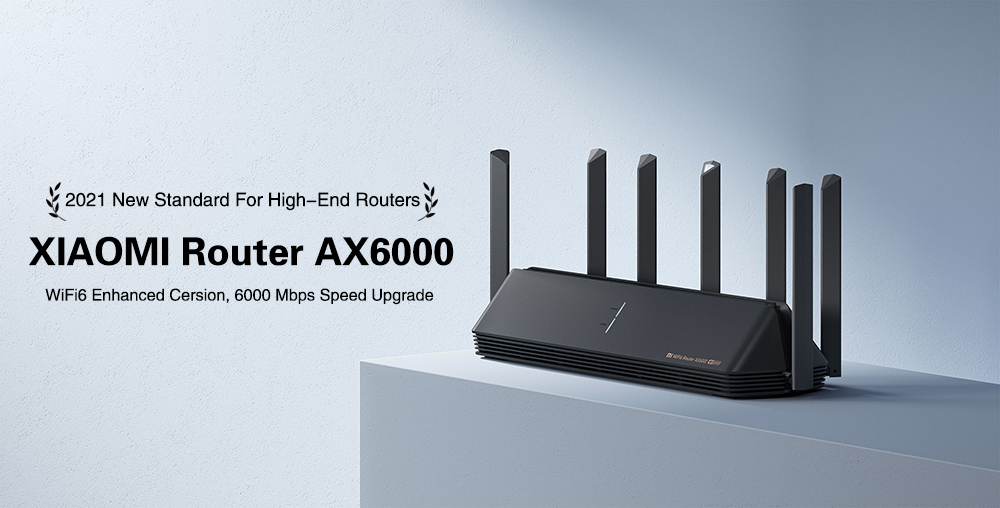 WiFi 6E is an enhanced version of WiFi 6 (E stands for Extended).

The main difference between WiFi 6E and WiFi 6 is that it adds a 6GHz frequency band (5925-7125 MHz, a total of 1.2 GHz bandwidth) to the original frequency band.

This is very good news for the currently crowded 2.4GHz and 5GHz.

Prior to the introduction of WiFi 6E, the 2.4GHz and 5GHz frequency bands where WiFi worked had been for some time.

In a typical home scenario, there are often more than a dozen devices to grab valuable bandwidth resources.

For users with high bandwidth requirements The experience has an adverse effect. 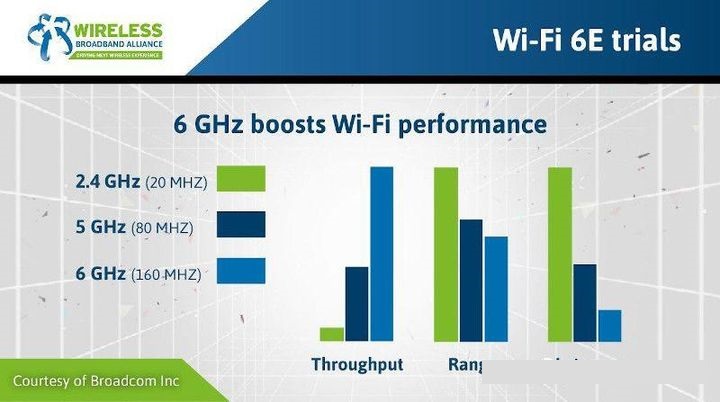 While 6GHz is a relatively free frequency band, and this time WiFi 6E can provide 7 continuous 160MHz frequency bands, which is very suitable for high-performance applications, which means that the traditional frequency bands of 2.4GHz and 5GHz can be allocated using systems that support WiFi 6E.

For devices with low performance requirements, a clean and complete 6GHz frequency band is allocated to high-performance devices, so that different devices can take what they need.

At present, the 6GHz band authorization of WiFi 6E is still in progress.

The US FCC’s official attitude towards 6GHz is relatively positive.

It should be expected that the band authorization should be granted, and the spectrum management agencies of the United Kingdom and the European Union are also actively promoting the 6GHz authorization processing in.

At the same time, manufacturers such as Broadcom and Intel have begun to conduct actual tests on WiFi 6E.

According to the actual test results of WiFi 6E announced by Broadcom last week, its peak throughput rate can reach 2Gbps, and the delay is only 2ms.

Its high throughput and low latency are very suitable for high-performance applications.

The improvement of communication delay will become the key to WiFi 6E’s new applications.

The low latency and high data throughput of WiFi 6E will be the first to leverage next-generation multimedia applications.

The main feature of the platform is that the game runs on the cloud and transmits the game screen to the player’s screen via the Internet.

Therefore, the player can get high-quality graphics without a high-configuration host. Game experience.

Stadia plans to support 8K image quality transmission in the future, so the data throughput of the network is very high; at the same time, in order to ensure the operating experience of the game player, the player’s network access delay must be very low, otherwise the input of the player may be due to the high network Delay and cannot be reflected in the game in real time, thereby damaging the game experience.

Stadia is just an example. We expect that with more and more real-time interactions of users in multimedia applications and more sufficient content, the requirements for wireless networks are not only high data throughput, but also low latency.

Therefore, WiFi 6E is expected to solve the pain points of current wireless networks and accelerate the implementation of such applications.

In addition to multimedia applications, another WiFi 6E is expected to be able to cooperate with edge computing to leverage industrial applications.

For industrial applications, an ideal configuration is to deploy edge computing equipment nearby, and at the same time cooperate with low-latency high-bandwidth networks to complete communication and control with industrial equipment.

For example, for a robotic arm based on deep learning, it requires a lot of computing power.

If WiFi 6E is available, the data that the robotic arm needs to calculate can be quickly transmitted back to the local edge computing server through the wireless network.

After the server completes the calculation, it transmits back to the robotic arm to complete the control.

As mentioned earlier, WiFi 6E has the opportunity to leverage new markets, so WiFi 6E will be an important opportunity for semiconductor manufacturers.

Although the 6GHz frequency band has not yet been officially licensed, semiconductor manufacturers are eager to try.

In mid-February of this year, Broadcom launched the world’s first chipset BCM4389 that supports WiFi 6E.

Compared with the previous generation WiFi 6 product BCM4375, BCM4389 has added support for a 160MHz wideband, and its data throughput has reached 2Gbps.

These performances have also been verified in the actual measurement results of the scene announced last week.

In addition to Broadcom, Intel and Qualcomm are also actively deploying WiFi 6E.

We expect their products will come out soon. In addition, we also expect to see more semiconductor companies release related WiFi 6E products.