DIY a PBX on Chromebook or Chromebox

DIY a PBX on Chromebook or Chromebox.  PBX on chromebook works great! Especiall for the chromebook with x86 CPU.

Most IP-PBX are developed on x86 PC first. Linux distro also developed on  instruction sets of x86 CPU. Therefore, you’d better to choose an x86 PC or chromebooks for your first PBX server.

Google usually supports chromebooks about 5 years. Afterwards these chromebooks wouldn’t get the update on system, chrome browser and security.

Lots of old chromebooks were dumped into 2nd-hand market every year. You could spend less than 50 dollar to get an used or refurbished chromebook from ebay, Amazon or bestbuy.

However it will bring security issue if these old chromebooks wouldn’t get securty update from Google.

Can we swipe off Chrome OS and install Linux, then modify it to a PBX server?

The answer  depends on what chromebook on your hand.

In order to install linux on chromebook, you need to replace factory BIOS by customerized one.

Issues when Chromebook as PBX server:

Many chromebooks don’t come with ethernet por.t. It’s better to get USB3.0 to Ethernet adapter for better connection.

The internal disk and memory might be soldered on the motherboard. If so, it’s impossible to upgrade them in future.

Lenovo x131e chromebook with Celeron 1007u CPU could be an option. Both disk and memory are upgradable. In addition, it comes with Gigabit Ethernet port.

Another good option is Acer C720 chromebook with Celeron 2955u and mSATA disk, mSATA is upgradable, but memory chip was soldered on board.

C720 has 2GB and 4GB models, but doesn’t have Ethernet port, so a USB3.0 to Ethernet adapter is recommended.

Unfortunately the BIOS from mrchromebox.tech doesn’t support power on automatically. However internal battery in chromebooks could act as UPS to keep powering chromebook some hours.

Turn off display and close the lip

You can turn off your monitor and close the lip when using your chromebook as a PBX server, but your chromebook will be suspended after closing the lip, so you will need to change something. Below commands for CentOS:

Then save and exit, then run

While some chromeboxes were enrolled by enterprise and couldn’t enter developer mode, you have to buy a programmer to remove the limit. Consider this issue before buying it. 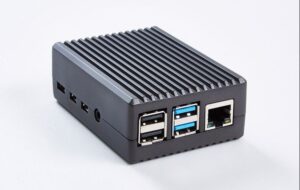 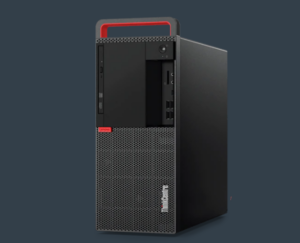