Users familiar with Linux and macOS should know Homebrew, an open-source package management system that simplifies software installation on Linux and macOS.

The same Windows platform also has a corresponding package manager, that is Chocolatey.

In March of this year, Chocolatey also celebrated its 11th birthday . 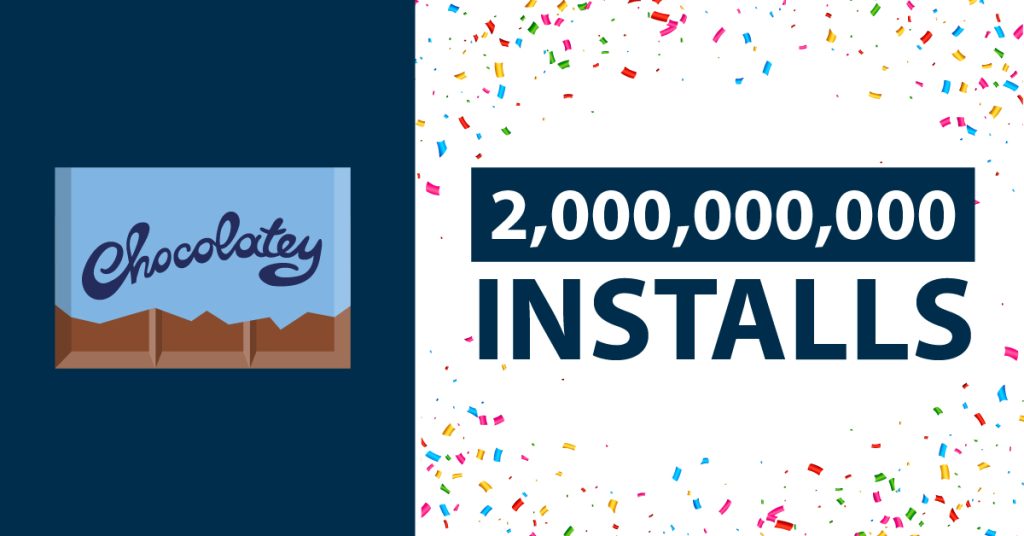 Recently, Chocolatey officially released news that the number of downloads and installations of its hosted warehouse software package has exceeded 2 billion times.

Just over two years ago, we announced that the Chocolatey Community Repository had reached 1 billion downloads and installs, and it took us nine years to reach that number.

Now we’re at 2 billion in less than a quarter of what we were before.

So it can be said that Chocolatey hosts the largest community repository of Windows packages.

Past downloads and installs

According to the data previously released by the official, since the birth of Chocolatey, the download and installation volume of the Chocolatey community warehouse has been rising steadily. 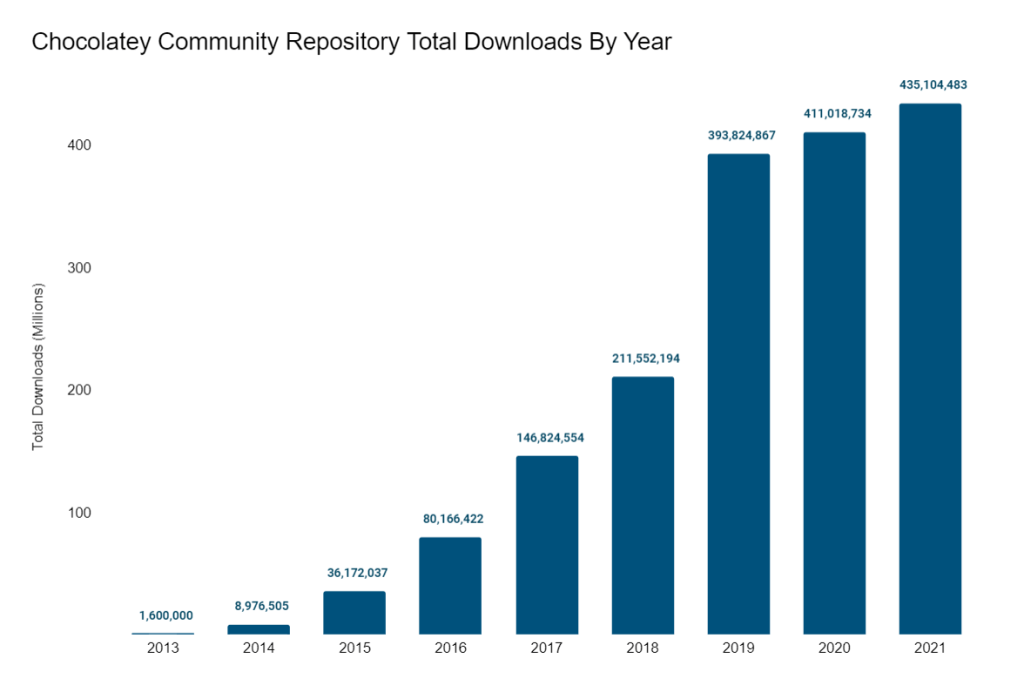 In September 2019, in order to better manage the load and help keep the community repositories growing, Chocolatey implemented rate limiting on the repositories, which, coupled with Chocolatey’s 400 million downloads, has also helped businesses and organizations grow A self-hosted option is available, and Chocolatey’s downloads have only grown slightly from before.

Chocolatey surpassed 1 billion downloads and installs in May 2020.