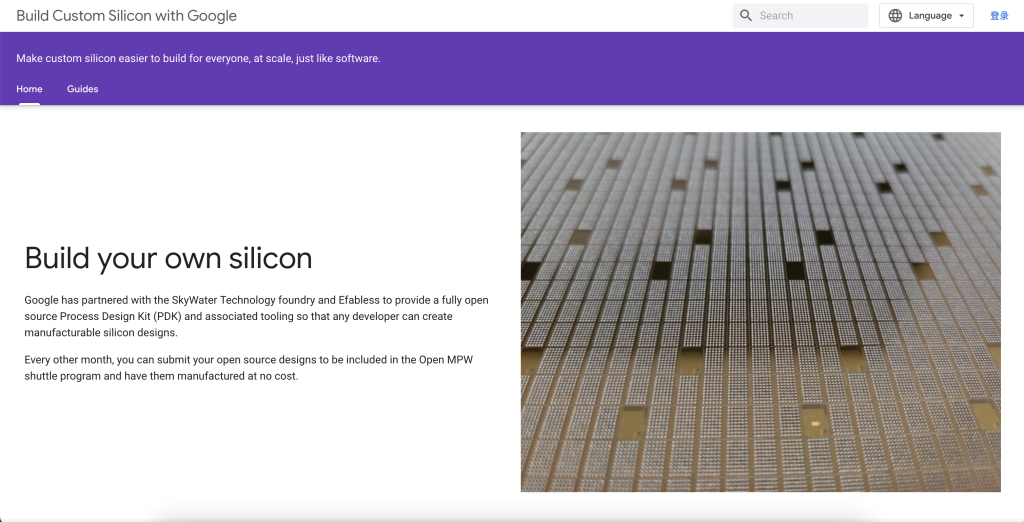 Google’s program, called the Open MPW Shuttle Program, allows anyone to use open source PDK and other open source EDA tools to submit open source integrated circuit designs, and Google will manufacture them for them at no cost.

Although chip fabrication is done on the 130-nanometer process (SKY130), this initiative is a huge boost for open source hardware projects with limited funding (eg, hardware prototyping for IoT, etc.).

The SKY130 mature process node provides a great way to prototype IoT applications that often require a balance between cost, power consumption and performance. It offers faster turnaround than cutting-edge process nodes at a fraction of the price.

The newly launched chip design portal has detailed tutorials, and the corresponding learning routes will be formulated according to the beginner, intermediate and advanced levels.

Developers or student groups can learn the corresponding skills according to their own level.

The website also lists the tools that need to be used in the chip design process, each of which is an open source tool.

Through the tutorials and corresponding tools provided by Google, developers can quickly complete the chip design and submit, and finally complete the manufacturing. 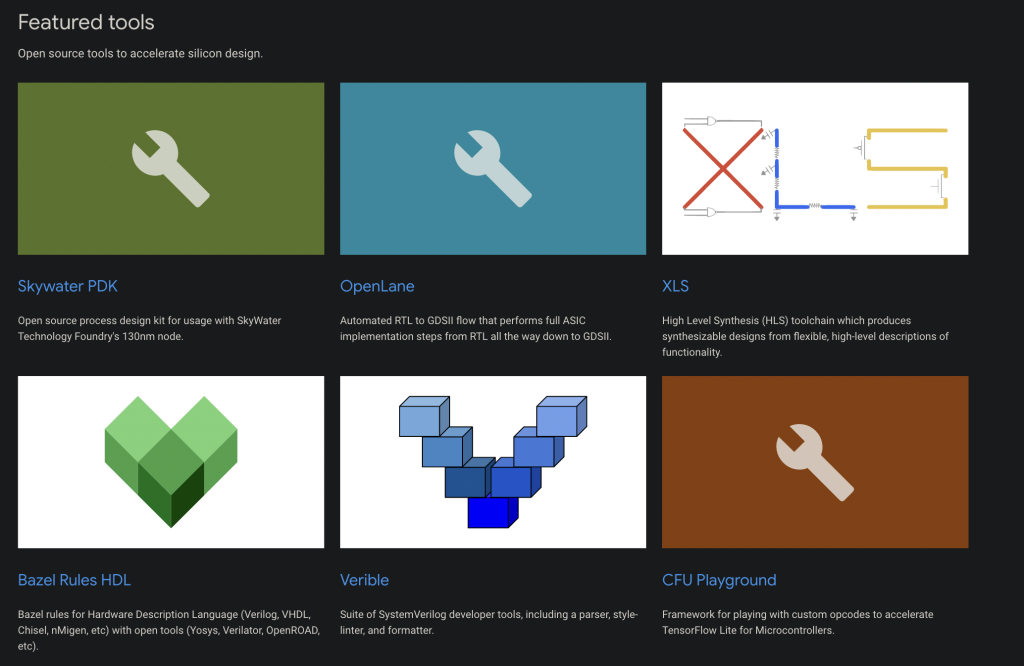 Google and its partners are accepting open source projects for their next round of manufacturing, the submission deadline is June 8th, it’s okay to miss it, it’s a long-term plan, and developers can also wait for the next submission cycle.