CentOS 8: It is the time to say Goodbye

CentOS 8: It is the time to say Goodbye.  CentOS Linux 8 version 2111​ released: the last version based on upstream RHEL 8.5.

This version is also the last version based on the upstream RHEL 8.5 source . The update log reiterated that CentOS Linux 8 will end on December 31, 2021. 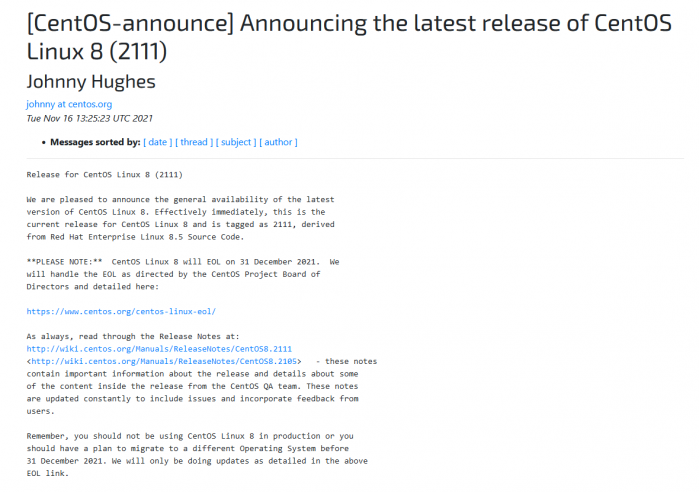 This CentOS Linux 8 version plan is the last version and there are no further updates. In the future, CentOS will only focus their efforts on CentOS Stream as the new upstream of RHEL.

Those looking for alternatives to CentOS Linux 8 can look at Rocky Linux and AlmaLinux , both of which have released versions based on RHEL 8.5.