In addition to providing various security updates, Ubuntu Pro also gives you access to various compliance management and hardening tools in a regulated and audited environment, as well as FIPS 140-2 certified encryption packages. 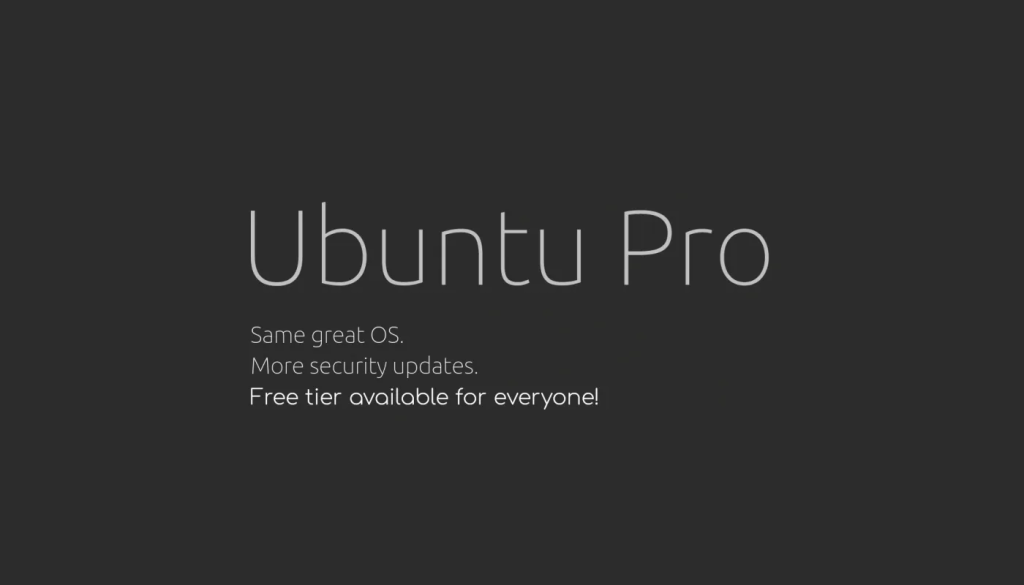 Now not only to take care of those large enterprises, Canonical has also decided to extend Ubuntu Pro to individual and small-scale business users, and provide them with a free plan for up to 5 devices, a move that can make open source more accessible to the masses and provide Ubuntu User’s installation provides better security for up to 10 years.

Ever since we released Ubuntu LTS and provided it with five years of free security, business users have come to expect us to cover a wider range of open source software. Ubuntu Pro is aimed at enterprise users who want maximum security for their operating system, so they can focus more on innovation rather than fixing problems. Today, we’re excited to offer all of these features to anyone in the world with a free Ubuntu Pro subscription.

The free Ubuntu Pro subscription is currently available for up to 5 devices, if you need to use it for more than 5 devices, there is an additional fee, currently priced at $25 per year for workstations and $500 per year for servers.

Users can also add additional services such as 7×24 support as needed.

Users can sign up by visiting this link ( https://ubuntu.com/pro ) to get a free Ubuntu Pro subscription.