On April 12, Broadcom released a complete set of Wi-Fi 7 wireless solutions, including six different products, which it claims to be the world’s first commercially available Wi-Fi 7 ecosystem.

The first is four Wi-Fi AP products, of which BCM6726 and BCM67263 are aimed at the home market , supporting 160MHz and 320MHz channels respectively.

The latter also supports 6GHz frequency band, and the maximum rate of PHY physical layer is 5.75Gbps and 11.5Gbps.

” BCM4916 ” is an integrated network processor, based on which Broadcom has also built a Wi-Fi 7-way reference design.

This is a quad-core SoC with ARMv8 architecture , integrating 64KB L1 cache, 1MB L2 cache, and a maximum computing power of 24K DMIPS. 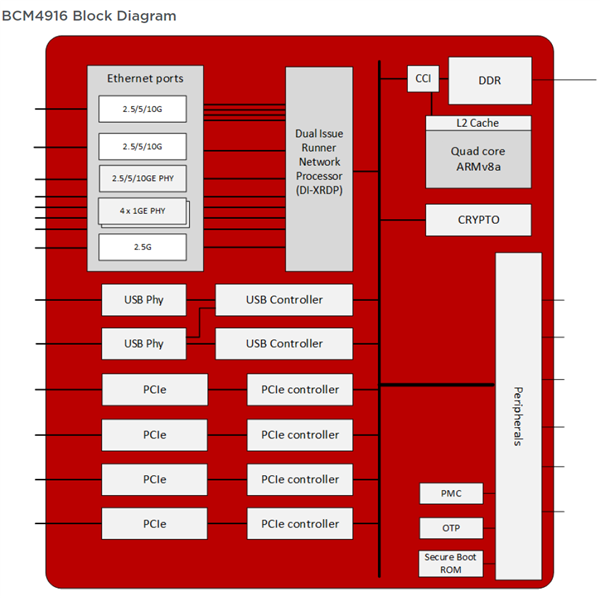 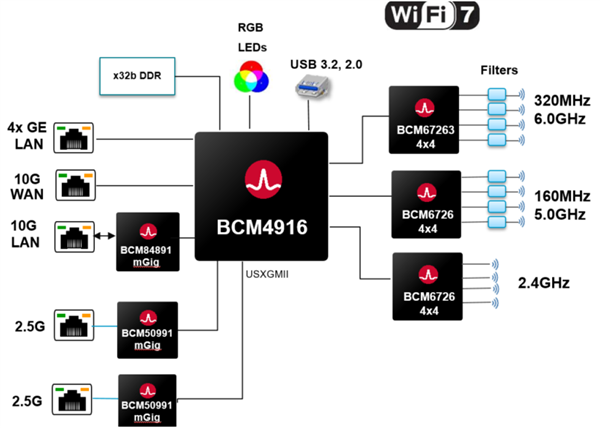 The last is ” BCM4398 “, which integrates Wi-Fi 7 and Bluetooth 5 at the same time for mobile devices such as smartphones .

It also has a feature of extremely low latency, less than 1 millisecond in the 6GHz band. 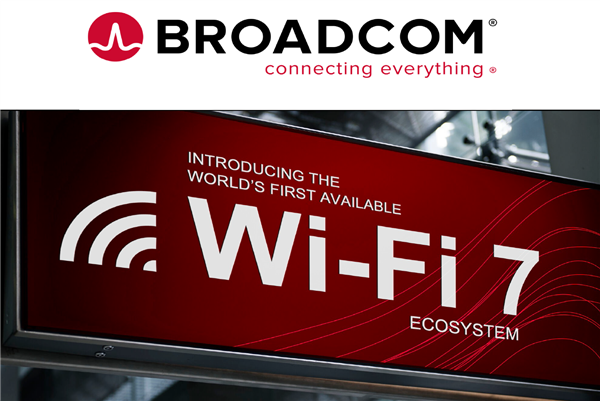 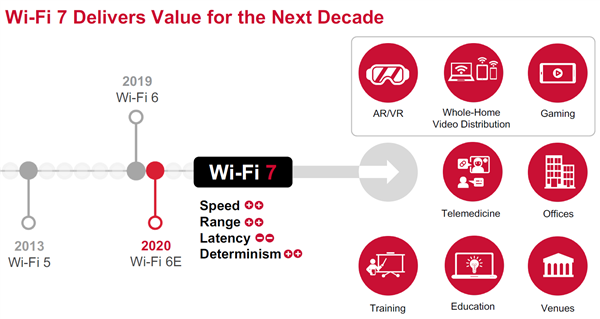