Broadcom: Change VMware from a perpetual license to a subscription model

Broadcom: Change VMware from a perpetual license to a subscription model.

On May 26, 2022, Broadcom said that VMware “will rapidly change from a perpetual license to a subscription model” following its $61 billion acquisition of VMware.

Over the three years following the deal, VMware will add roughly $8.5 billion to Broadcom’s projected earnings before interest, taxes, depreciation, and amortization (EBITDA) — a substantial increase given VMware’s current EBITDA of about $4.7 billion.

He was asked at the time how the semiconductor giant planned to achieve this vision: Subscriptions were the answer.

Krause has also repeatedly stated that Broadcom intends to focus on deepening VMware’s key product portfolio, and is pleased to jointly acquire the sales organization and channel relationships, thereby giving Broadcom access to a market breadth it currently cannot match.

Broadcom’s sophisticated sales efforts reflect its philosophy: CA Technologies does best when it focuses on Fortune 500 companies through direct relationships.

Clearly, this is unlikely to be repeated with VMware.

There will clearly be a transition to a subscription-based licensing model in the next few years.

Hock Tan said: “We will ensure that VMware’s large customer base is well supported.

This is the business foundation on which our future development will depend.” This errand will be handed over to channel partners.

Krause said Broadcom is willing to accept that VMware’s profits are lower than the company’s and Symantec’s expectations, and the R&D segment will benefit from it.

The software leader has committed to continued investment and innovation in VMware’s core infrastructure products (i.e. vSphere, VSAN, vRealize and NSX), which Broadcom has long valued and focused on.

Tan and Krause were full of praise for VMware’s sales force, though Broadcom’s slideshow announcing the deal mentioned “improving the efficiency of sales and marketing through prudent go-to-market investments and focus on existing customers.”

Combined with Broadcom’s plans to consolidate back-office functions, and the company’s policy of keeping general and administrative expenses at 1 percent of revenue, it’s clear that VMware’s payroll will see some cuts.

Tan also said the acquisition of VMware would mean Broadcom gaining another 1,000 or so large customers, adding that the virtualization software giant would allow Broadcom to help those users manage the entire application lifecycle from development to long-term use.

Hock Tan also said that AOC’s developer tools will complement VMware’s Tanzu product portfolio, potentially making it more attractive to developers, or to those of the more than 1,500 major global companies that Broadcom wants to win over. important. 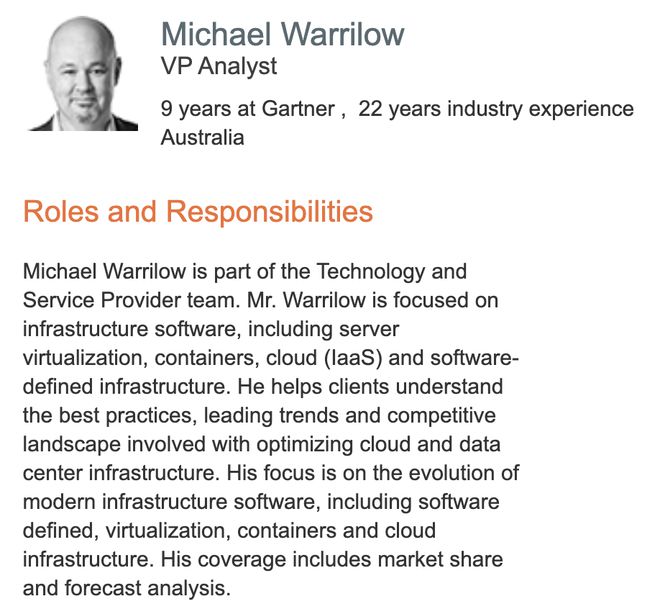 Warrilow said customers need commitment from Broadcom on VMware’s pricing and product roadmap, because Broadcom has a history of raising prices for acquired companies’ products.

He also advised VMware customers to start developing contingency plans in case they need it.

Tanzu is VMware’s weapon in expanding its appeal beyond infrastructure management into other areas, so it won’t be good news for Broadcom if customer interest pauses or wanes.

Customers are also likely to push back against Broadcom’s aggressive move to a subscription, since such a change rarely results in a price drop, and some users have very good reasons to prefer perpetual licenses.

VMware’s products are already considered expensive, and your company may already have quotations in your inbox from a hypervisor challenger wondering if now is the time to consider more aggressive marketing.