After NVIDIA released a new generation of Ada Lovelace architecture GPU, as the industry’s first board manufacturer.

ASUS uses a lot of elements of the cyberpunk world view in the appearance part. The ROG logo on the front is combined with tough lines, and red and blue gradients are added.

It is full of trendy and technological design.

The overall senses are richer, and a dynamic ring light strip is used at the rear. After turning on the divine light synchronization lighting effect, the graphics card shows a more charming cyber atmosphere. 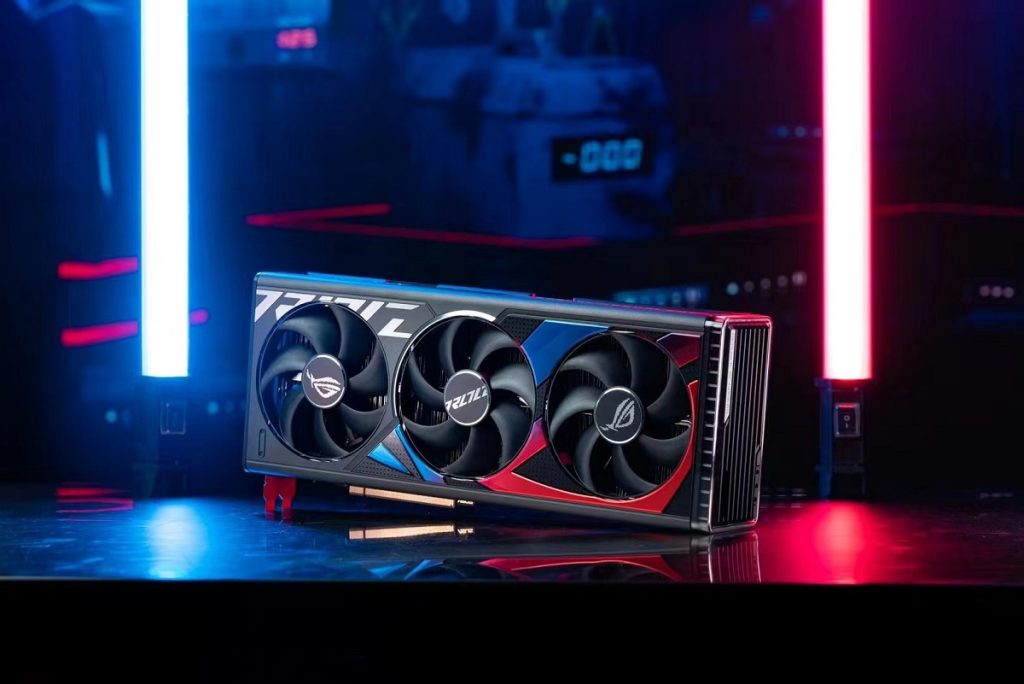 ASUS said that the new radiator of the new graphics card has a 30% increase in the heat dissipation surface area compared to the previous generation product, built-in four 8mm and three 6mm heat pipes , and an upgraded Axial-tech fan with 7 blades, which can improve airflow and reduce heat dissipation.

The digital controller on the board provides higher accuracy in detecting power, as well as better power conversion and balance, which can reduce noise and signal interference. 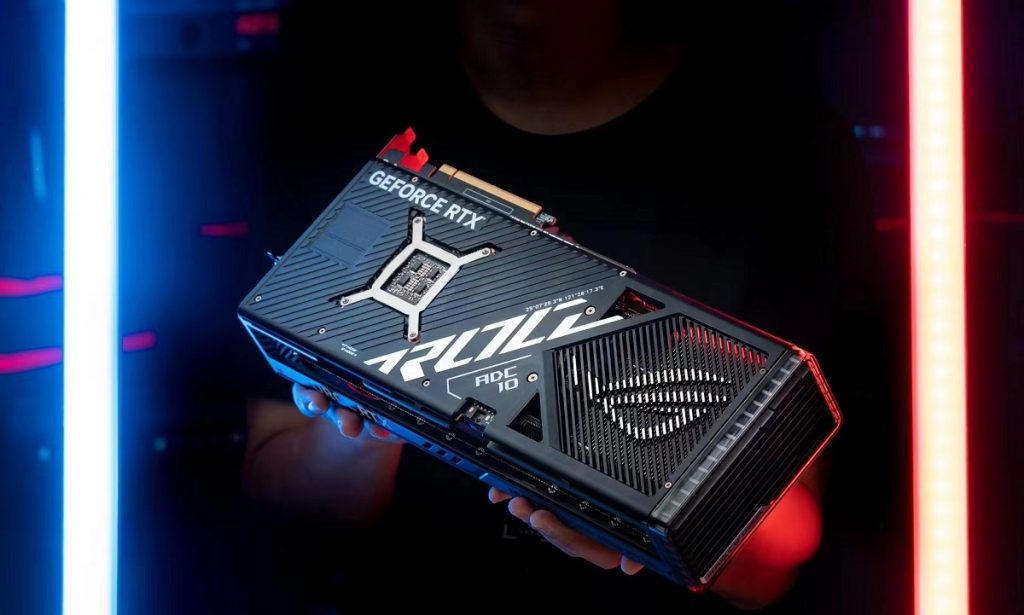 The appearance of TUF Gaming RTX 4090 is simple and tough, with a matte texture on the surface, the metal shell shows its military style, and the black and gray looks calm and low-key.

It adopts a die-casting one-piece shield, which can be directly matched with the aluminum backplane, which can better strengthen the overall structure, prevent the PCB from sagging, and increase the airflow.

Asus says the huge vents on the edge of the back panel allow more air to flow through the Axial fan’s fins, a 20 percent increase in airflow over the previous generation.

In addition, the graphics card has a detachable Velcro loop, providing gamers with additional cable management options for added practicality.

The brand-new GeForce RTX 4090 is a graphics card that is compatible with both work and games, and will be officially launched on October 12.