While Docker already supports running on AArch64 Linux, the default configuration “defconfig” of the mainline Linux kernel is missing some features that allow it to run out of the box.

An ARM engineer proposed tweaking these defaults to make it easier and more straightforward to run Docker on 64-bit ARM.

The Linux Kernel ARM64 (AArch64) default configuration used to build the kernel mainline is “defconfig” – some options are missing to allow Docker to run without modifying the Kconfig file.

Granted, most Linux distro kernels have customized their kernel configuration and support easy use of Docker on AArch64 Linux servers, but for those who aim to build based on defconfig or just want more and more ARM Linux servers For less troubled developers, ARM engineer Vincenzo Frascino is looking to update the default configuration to handle Docker. 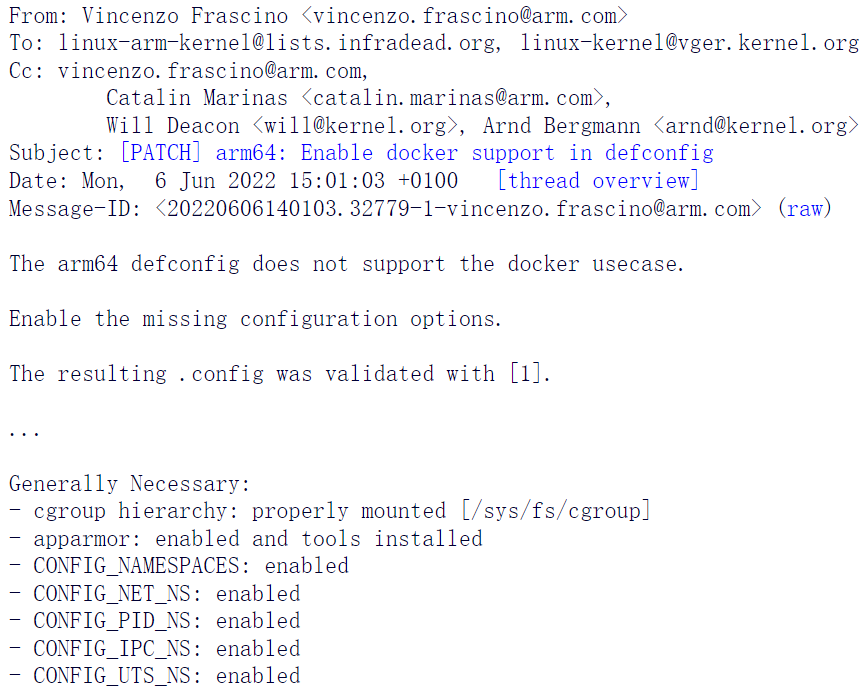