Arch Linux overtakes Ubuntu as the most popular Linux distribution

Arch Linux overtakes Ubuntu as the most popular Linux distribution.

According to the Steam Hardware and Software Survey in May, Arch Linux overtook Ubuntu as the most popular Linux distribution, although the number of gamers using Linux has declined. 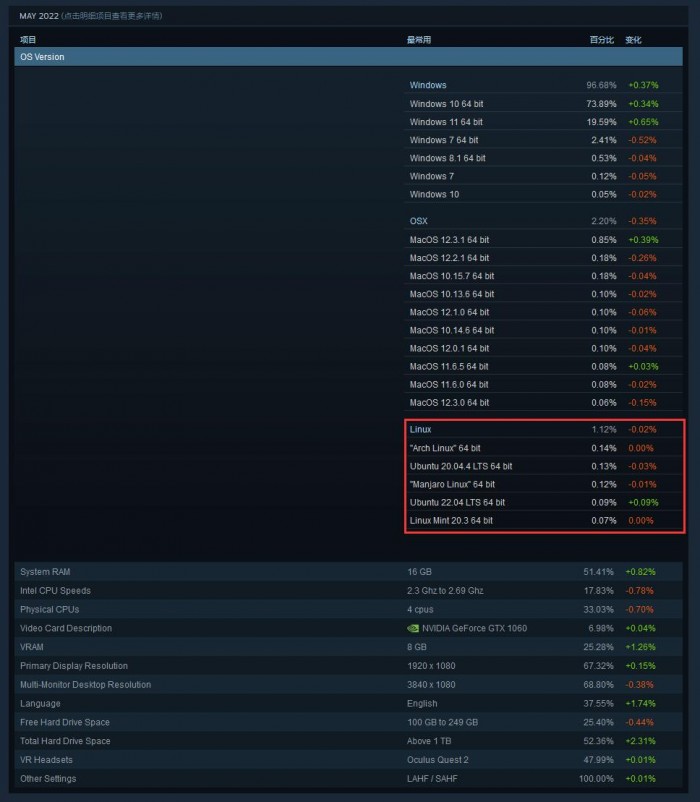 In other words, basically flat, and probably more flat on an absolute user base as Steam’s overall user base continues to grow.

At this stage, it also appears that the base report/use of the Steam survey will not be reported when running on the Steam platform in native Steam mode outside of the KDE desktop experience.

Aside from the fact that the overall Linux percentage is fairly flat, it’s rather interesting that Arch Linux 64-bit has overtaken Ubuntu 20.04 LTS as the most popular Linux distribution over the past month.

It’s true that rolling releases of Arch Linux are counted as one release compared to Ubuntu releases, and each release is counted as a different release, but Manjaro Linux and other Arch Linux derivatives are also counted separately.

Unfortunately, for the “Other” grouping of the Steam survey, it’s difficult to make precise external calculations.

SteamOS Holo does appear now among Linux users as well, at 5.23%.