Apple will have to use the Type-C interface in EU

According to media reports, Apple is testing future iPhone models that will use the more popular USB-C (USB Type-C) port to replace the current Lightning charging port, a move that could help the company comply with Upcoming European Regulations.

The latest news shows that the French presidency of the European Union said on Twitter that EU countries and lawmakers today reached an interim agreement on the use of “single charging ports” for electronic products such as mobile phones and tablets. By autumn 2024, the USB-C port will be the universal charging port in the EU. 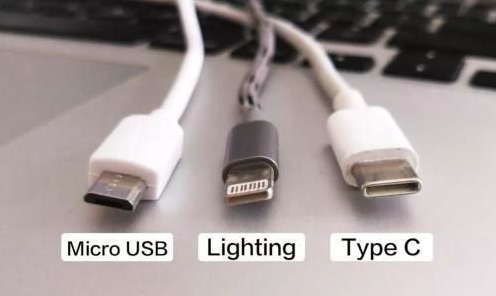 The text of the agreement will soon be submitted to EU ambassadors for approval before being passed on to the European Parliament.

The European Parliament and the European Council will formally ratify the agreement after the summer recess.

“By autumn 2024, USB Type-C will be the universal charging port for all phones, tablets and cameras in the EU,” the European Parliament said in a statement.

This means that Apple will have to replace its The interface of the iPhone sold in Europe.

Apple compromises in the face of new EU regulations

According to the media, the EU’s new regulations requiring uniform use of the USB-C standard for electronic products are the key reason for Apple’s change.

Some analysts that predicted Apple’s products will be accurate, tweeted that his recent investigation shows that the new iPhone launched by Apple in the second half of 2023 will abandon the Lightning interface and replace it with USB. -C interface.

The new interface may improve the data transmission and charging speed of the iPhone in terms of hardware design, but the final specific specifications also depend on the system support of iOS.

This means that the iPhone 15 series will likely use the same USB-C interface as Android phones, abandoning Lightning, which has been used since the iPhone 5 in 2012.

In addition to testing models with a USB-C port, Apple has been working on an adapter in recent months that would allow future iPhones to work with current Lightning-based accessories, people familiar with the matter said.

Kuo expects that the existing USB-C-related suppliers in the Apple ecosystem will become the focus of the market in the next year or two, as they may receive huge orders for iPhone and USB-C interface accessories.

EU: This move will save users around 250 million euros

In fact, the EU’s move has been brewing for more than 10 years, but it was not formally submitted to the bill until September last year.

The European Commission said the move would not only be good for the environment, but would also save users around 250 million euros ($293 million) a year.

According to the European Commission’s proposal, USB-C will become the standard interface for all smartphones, tablets, cameras, headphones, portable speakers and handheld video game consoles. In addition, chargers will also be sold separately from electronic devices.

The European Commission also specifically stressed that the move was not aimed at Apple, mainly because, despite a decade of negotiations, the companies failed to agree on a common solution.

It is reported that after negotiation in the past ten years, the interface standard of mobile phone chargers has been reduced from 30 to 3.

Are Apple’s days of lying and earning over?

iPhone and Android users have long complained about having to use different chargers for their phones. The former charges via the Lightning port, while Android devices use the USB-C port.

Most of Apple’s iPads and Macs also already use USB-C instead of Lightning. But only Apple phones still use the Lightning port.

For the new regulations, Apple has previously raised objections: “We remain concerned that allowing only one type of charger will stifle innovation, rather than stimulate innovation, which in turn will harm the interests of consumers in Europe and around the world.”

But analysts say Apple’s argument doesn’t address the fact that by removing the Lightning connector from the iPhone, Apple would lose the revenue it earns from every Lightning cable that goes with the iPhone’s accessories, and would lose control over the iPhone’s hardware. .

Apple’s MFi certification program means that any accessories, including chargers, power adapters, etc., must be certified by Apple if you want to plug them into your iPhone. Apple also takes a cut of every certified peripheral.

Want to use a digital-to-analog converter to listen to the latest high-resolution lossless music from the Apple Music service? An Apple MFi certified adapter or USB dongle is still required.

But that’s not the case with Apple devices that are compatible with USB-C ports. USB-C based devices have a robust ecosystem that is broadly compatible with almost any product that uses the USB-C interface.

For a USB-C-compatible iPad, users can plug in USB drives, keyboards, monitors, and any peripherals directly. Apple even underscored this with the release of the new iPad Mini. Users can also charge their USB-C compatible iPads with any USB-C power cable.

In any case, the days of Apple lying about charging for Lightning cables are coming to an end.

Apple is a $2.4 trillion company that would probably be doing just fine without that revenue.

But profits aside, a move to USB-C would mean Apple giving up another part of control over how iPhone users use their devices.

And as you’ve seen time and time again, this is something Apple doesn’t want to let go of.