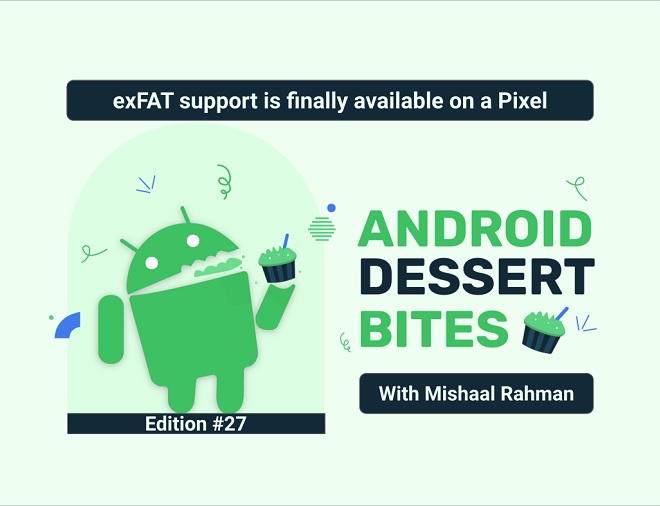 If you’ve ever tried an exFAT drive on a Google Android device, this should sound familiar.

In fact, since Microsoft launched it in 2006, many OEM hardware manufacturers have been silently paying for it – Samsung , for example, developed a back-pocket exFAT driver.

The good news is that as Microsoft publicly encouraged the integration of exFAT support into Linux in 2019, the kernel community started to embrace it aggressively.

And Samsung’s exFAT driver was eventually given a facelift and integrated into Linux 5.7.

Unfortunately, during the period, the Android kernel and downstream developers did not want to jump between versions so quickly, but preferred to provide long-term support for specific versions to ensure the stability of the platform experience.

Since then, the Android Common Kernel maintained by Google has been based on Linux 5.4 for a long time – it wasn’t until 5.10 that a new fork was formed. Since Android 12 devices based on the Linux 5.10 kernel technically support mounting/unmounting exFAT partitions, why is the Pixel 6 Pro running Android 12L blocked from reading exFAT drives?

The reason is that exFAT’s mount service (vold/volume daemon) checks if it has access to several specific “helper” binaries. If they don’t exist, the mount service fails the check and works.

Anyway, we’ve now at least confirmed that such a call exists in the Android 13 major release – rather, at least one custom kernel developer has been able to patch the exFAT driver’s binary checks, so theoretically backwards Moved to an older Android version.

Finally, other OEMs will be able to directly benefit from the Android Open Source Project (AOSP) esFAT support once Google officially completes the deployment on Android 13.