At yesterday’s analyst conference, AMD not only announced the future Zen5 roadmap, but also further introduced the situation of Zen4, responding to a doubt that netizens were most concerned about before, that is, the IPC performance of Zen4 is improved by 8-10%.

at the end of May, the IPC performance of the Zen4 architecture has always been the core of players’ quarrel. 5.5GHz, which accounts for at least 10% of single-core performance, resulting in a low increase in IPC performance. 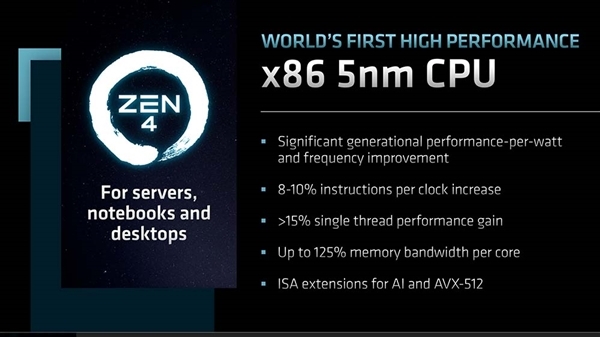 Regarding the current IPC improvement of Zen4, let alone the vast number of netizens, Fan A is not satisfied. This matter is being discussed in many forums at home and abroad.

There are still some people who believe that the data released by AMD is a smoke bomb, and they think it is deliberately released.

Lift the lower numbers and wait for the big surprise when it actually hits the market.

Of course, this idea is not impossible, because AMD also mentioned that the performance per watt of Zen4 is 25% higher than that of Zen3, and the overall performance is 35% higher.

A total of 24 cores and 32 threads, surpassing AMD’s 16 cores for the first time in the multi-core desktop platform. 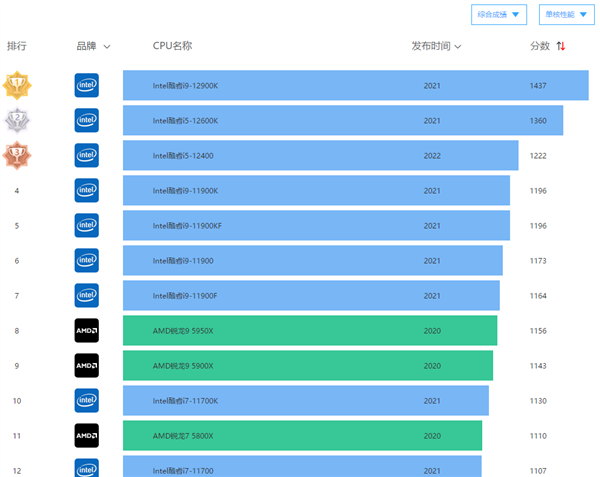 Not only that, AMD’s Zen3 architecture has already opened the gap with the current 12th-generation Core in terms of single-core performance. The latter leads by about 15% to 20%.

Even if the Zen4 single-core is improved by 15%, it should not be able to beat the 13th-generation Core. Yes, after all, the latter is also optimizing.

The high-end motherboard X670E is still a dual-core design, all of which are pushing up the installed cost of the Zen4 platform, which has virtually reduced the cost. A little advantage of the AMD platform.

The current controversy is still on paper, and the detailed comparison can only be done after the product is launched. AMD still has a lot of work to do on Zen4.

We hope there will be a surprise after the launch.