Under the surging offensive of the 12th-generation Core, the rhythm of AMD Ryzen 7000 seems to be accelerating.

A fresh revelation to be further corroborated said that the Ryzen 7000, the desktop product of 5nm Zen4, will be officially released at the Taipei Computer Show, which opens on May 24.

However, the listing time will have to wait until the middle of the third quarter, that is, in August and September .

At the beginning, only X670/X690 motherboards are available, and the price-intensive B650 chipset motherboard may have to wait until the end of the third quarter or even the middle of the fourth quarter.

On Intel’s side, the biggest attraction in the second half of the year is of course Raptor Lake, which is expected to correspond to the 13th-generation Core family.

Considering that the 12th-generation Core is still hot, Intel does not seem to be in a hurry, and the official launch time is set at the end of the third quarter.

Back to the product specifications, according to the current news, the Zen4 Ryzen 7000 adopts the AM5 interface (LGA1718), and supports DDR5 and PCIe 5.0 for the first time.

The X670 motherboards are also expected to bring support for USB4.

In terms of processors, the maximum is still 16 cores, but the GPU unit may be integrated for the first time, the thermal design power consumption will be increased to about 150~170W, and the IPC performance will be increased by at least 19%.

The 13th generation Core, the large core is upgraded to Raptor Cove, the small core is still Gracemont, and the process is still Intel 7 (10nm), but this time the small core is expected to be stacked to as many as 16, that is, 24 cores and 32 threads, and the factory turbo frequency It is also expected to exceed 5.5GHz, with a double-digit performance improvement, and will also tap the game potential by greatly increasing the cache (68MB Max). 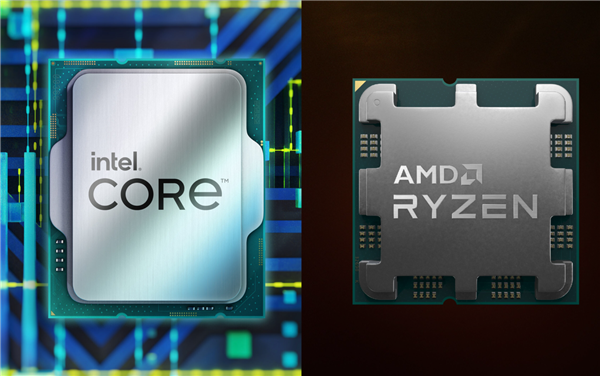