Although AMD has not provided it directly on the official website, its latest chipset driver version has come to 4.03.03.624, and some motherboard manufacturers have provided downloads.

AMD has made a lot of additions in this version of the chipset driver, adding many new features.

According to TechPowerup , a very important update of the chipset driver version 4.03.03.624 is to provide support for USB4.

This APU codenamed Rembrandt and based on the Zen 3+ architecture is currently AMD’s only product that supports USB4. 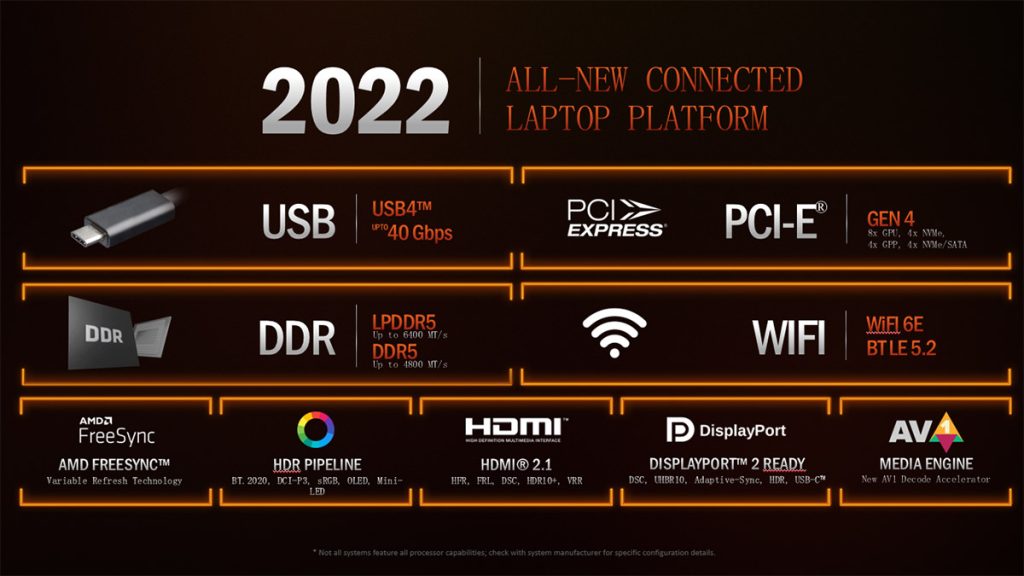 Supporting USB4 on mobile platforms is an important step for AMD.

Competitor Intel has obvious advantages in the scalability of notebook computers by virtue of the popularization of Thunderbolt 4 interface. Through USB4, AMD supports 40 Gbps transfer rate, DisplayPort 1.4a HBR3, and is compatible with Thunderbolt 3 standard, providing functions close to Thunderbolt 4. Even if it is not as good, it can meet the expansion needs of most users.

Another interesting part is that AMD provides a “3D V-Cache performance optimizer driver” for the 64-bit version of the Windows 10/11 operating system in the chipset driver version 4.03.03.624.

As for the specific role, it is still unclear. It is speculated that it may be some kind of cache scheduler, or a means for AMD to allocate software that cannot take advantage of 3D V-Cache technology to the processor’s local cache, but the specific situation will not be confirmed until the Ryzen 7 5800X3D goes on sale.