“5nm Zen4 is coming” reveals that AMD Ryzen 7000 series is about to be mass-produced: codename “Raphael”

On March 30, according to AMD leaker @Greymon55, AMD’s new generation of processors code-named “Raphael” is scheduled to begin mass production next month or May. 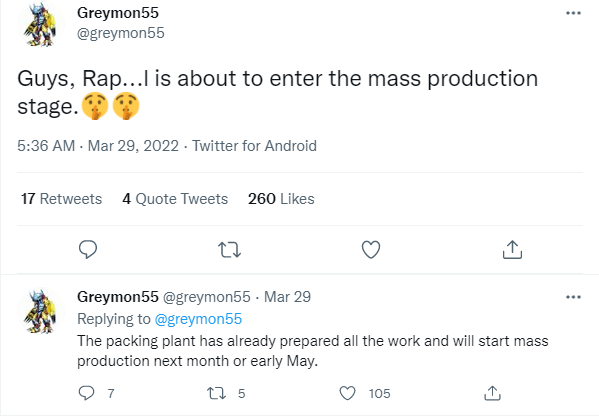 It is understood that the code name “Raphael” is taken from the Italian painter and architect Rafael Sanzio, whose real name is Rafael Santi. Together with Leonardo da Vinci and Michelangelo, he is known as the “Three Masters of the Renaissance”.

Greymon55 has previously successfully leaked AMD’s roadmap, confirming some of AMD’s product plans. He said that AMD’s chip packaging plant is ready and is expected to start mass production in the near future.

He also previously stated that the Ryzen 7000 series processors will be released in the third quarter, and AM5 motherboard test samples will be produced soon.

It is reported that the AMD Ryzen 7000 series will use the 5nm Zen4 micro-architecture design with up to 16 cores . There are rumors that the TDP will be up to 170W , with the TDP of the 12-core model still being 105W.

AMD CEO Su Zifeng previously confirmed that the Ryzen 7000 can achieve full-core 5.0GHz , and the new Ryzen 7000 desktop processor will use the LGA1718 interface .

5nm Zen4 is coming to reveal that AMD Ryzen 7000 series is about to be mass-produced: codename “Raphael”

In addition, the Zen4 CPU will adopt the new socket of AM5 , while being compatible with AM4 cooler . This new platform will support the latest DDR5 memory technology as well as support the PCIe Gen5 standard.

Because the Ryzen 7000 series adopts a new slot design, it takes about 4-5 months from production to market, and the production cycle may be extended.

However, AMD may be ready to launch Raphael early in the fourth quarter. That’s just right to compete with Intel’s 13th Gen Core “Raptor Lake.”