AMD launched two APUs, Ryzen 7 5700G and Ryzen 5 5600G, in early August. They showed strong core display performance as always , and the performance is much higher than that of Ryzen 5 3400G, but the former is an 8-core processor. ,

So, is there no Ryzen 3 product in this generation of APU? In fact, there are, but it is not sold in the retail market.

This product is only For the OEM market, but tomshardware got it back and published a detailed evaluation article. We are just an excerpt here. If you want to see the detailed content, please go to the original text. 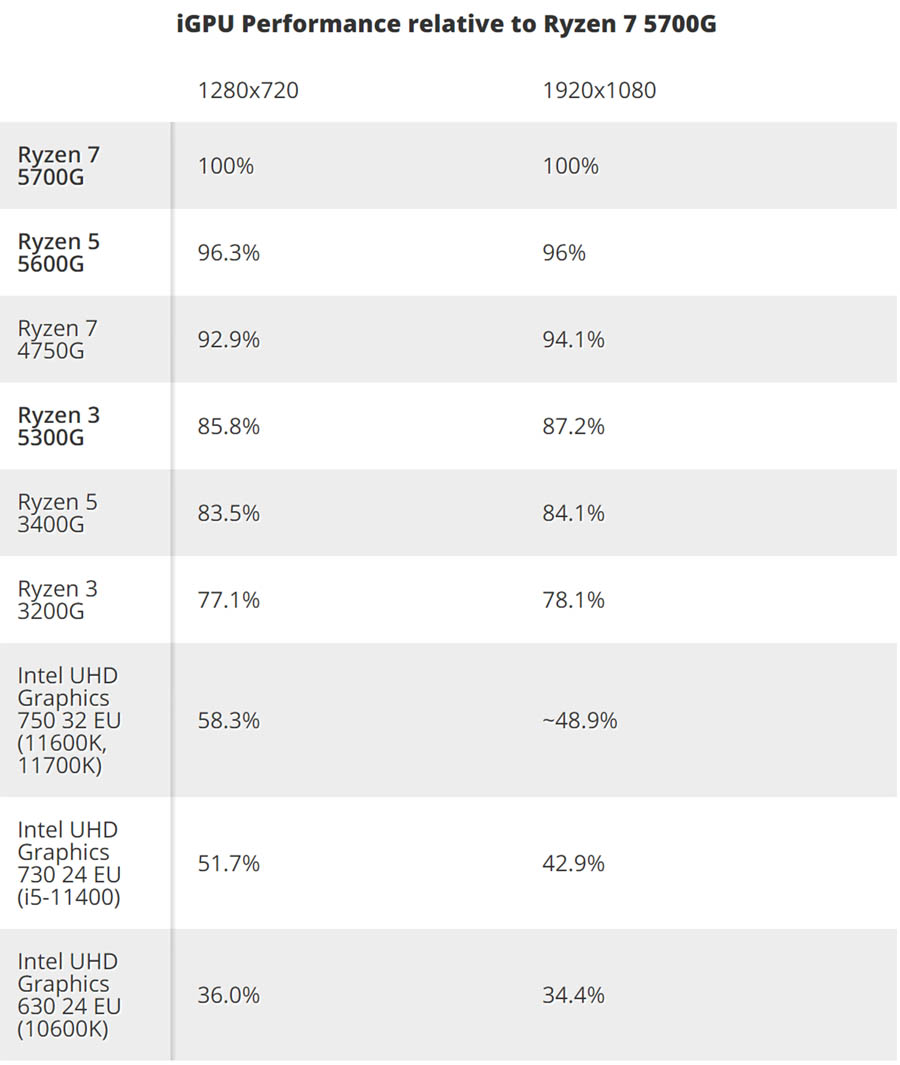 he performance is about 11% higher than that of Ryzen 5 3400G, and it is equipped with UHD 750 core than Intel. The 11th-generation Core is much higher.

It can provide enough performance to run various games smoothly at 720p, but it depends on the game requirements at 1080p.

The 3A masterpieces that require high graphics cards perform even at the lowest image quality. not too good. 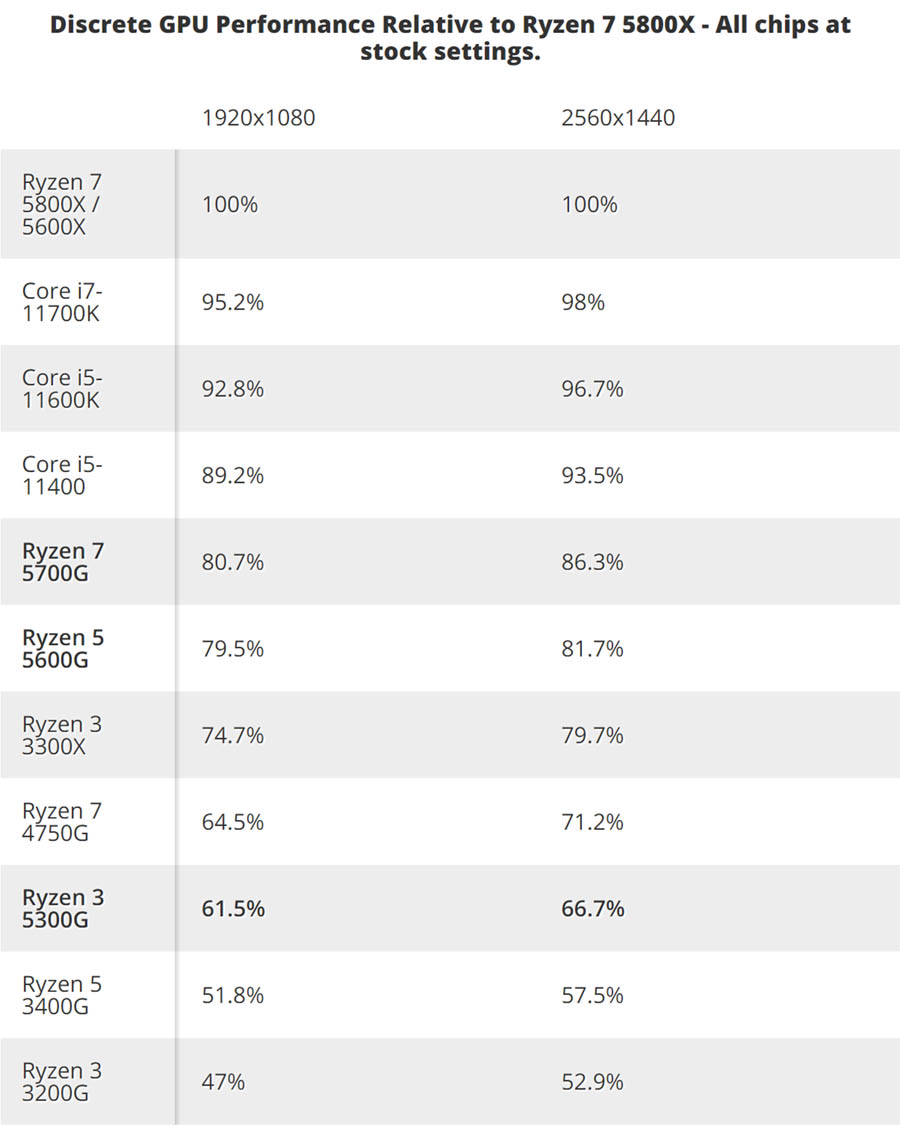 The L3 cache of Cezanne architecture Originally it was half less than Vermeer, and Ryzen 3 5300G cut it by half on this basis.

The game performance of Zen 3 architecture originally depends on the L3 cache capacity, so Ryzen 3 5300G has such a low game performance with a unique display. But it is not simply caused by the number and frequency of cores. 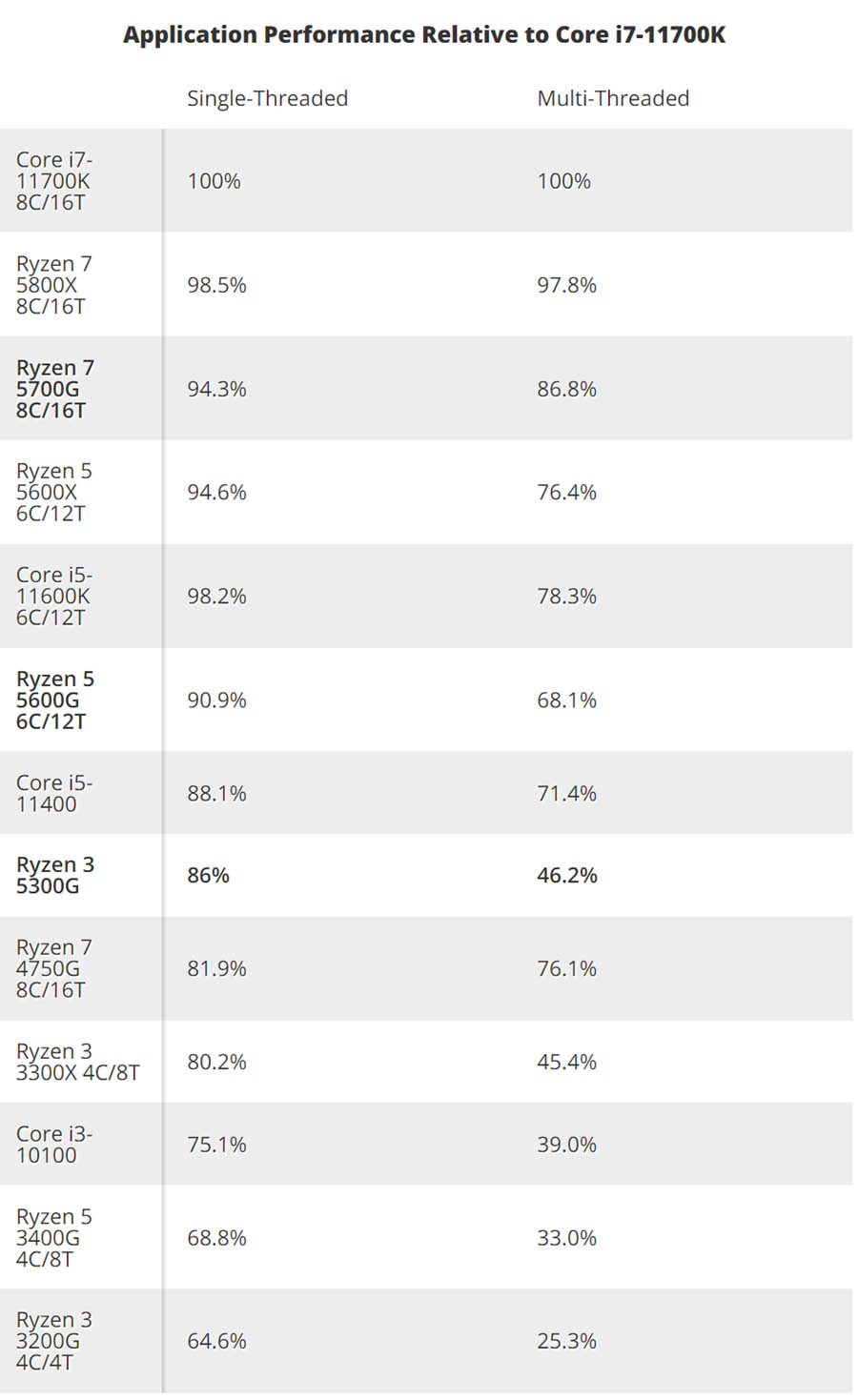 In fact, its single-thread performance based on Zen 3 architecture is still very strong. Yes, it is close to the Core i5-11400, which is much higher than the two Zen 2 architectures of Ryzen 7 4750G and Ryzen 3 3300X, but in terms of multi-threading, after all, it only has 4 cores and 8 threads, and the performance is just the same, but It is also higher than Ryzen 3 3300X and much fiercer than Ryzen 5 3400G.

If it is retail, the price will not exceed 150 dollar. At the current time when the independent display architecture is high, it It is a very cost-effective APU, but AMD currently has no plans to retail it.