AMD will release three upgraded graphics cards on May 10, including the RX 6950 XT, RX 6750 XT, and RX 6650 XT, all of which will increase the core, memory frequency and overall power consumption on the original basis.

At the same time, the RX 6900 XT, RX 6700 XT, and RX 6600 XT will be discontinued immediately and gradually withdrawn from the market.

On April 21, we saw the RX 6750 XT for the first time in the GFXBench test database – yes, it is often used to test the performance of mobile phone GPUs.

It doesn’t make much sense to use it to run PC graphics cards, and it only runs the Aztec Ruins (High) project, with a score of 366.5FPS, which is only 2% higher than the RX 6700 XT.

Of course, this comparison lacks enough reference, but at present, the performance improvement of the new card will not be too great. 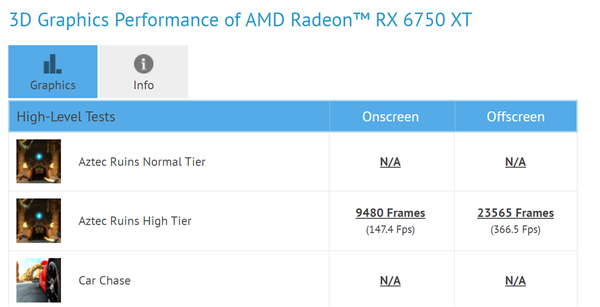 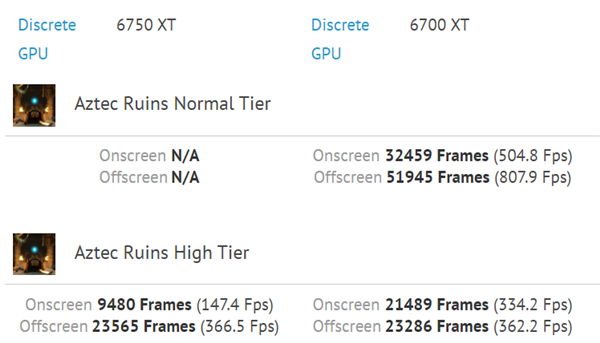