Now the new cards are basically 8pin. It has been a long time since I saw a graphics card that does not require an external power supply.

Until recently, the new entry-level game card RX 6400 of the RDNA2 architecture that AMD is about to launch, the plug-and-play graphics card that some players liked that does not require an external power supply is back.

There is no external power supply interface on it.

It should not only be ASRock, but other RX 6400s are likely to be designed this way, because the TDP of the RX 6400 is only 53W, and the PCI The 75W that the -E slot can provide is more than enough.

However, it is a little strange that the radiator of this RX 6400 graphics card of ASRock is very thin, but it uses a dual-slot PCI design, which may make some ITX cases more embarrassing.

It is said that the RX 6400 is modified with the Navi 24 core, with only 12 CUs and 768 stream processors , but still has 12 light-chasing acceleration units.

Of course, as a standalone display, it is equipped with 4GB GDDR6 video memory, just a bit The width is only 64-bit, and the bandwidth is only 128Gbps. 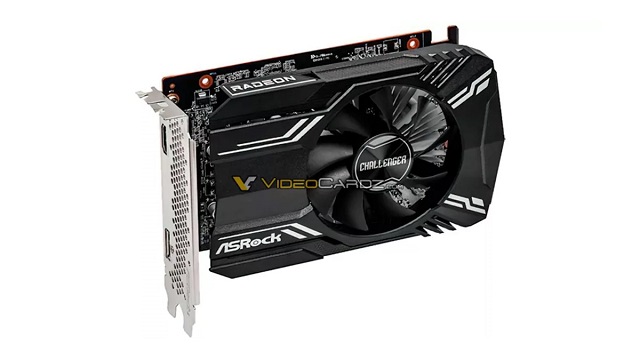 According to the performance of the RX 680M core display, AMD’s RX 6400 should still be able to handle a lot of games under 1080p, and the performance is estimated to be close to the GTX 1650, so it is actually enough for entry-level players who mainly play online games, but still Depending on the price, the previous RX 6500 XT was actually priced a bit higher.

We don’t know if AMD will be better for gamers this time. You can pay attention to the launch of the RX 6400 on April 20.