Since the concept of AMD APU was proposed, it has always aimed to replace the low-end entry-level discrete graphics card, and it has achieved it to a certain extent, but it is always a little bit meaningless. After all, the independent graphics card is also developing rapidly.

The Ryzen 6000H and Ryzen 6000U series released at the beginning of the year integrated the GPU of the RDNA2 architecture for the first time, with a maximum of 12 computing units, 768 stream processors, and a maximum frequency of 2.4GHz, which can be described as a leap.

According to reports, AMD is also preparing a revolutionary APU, code-named “Phoenix” (Phoenix), as its name suggests, is said to completely subvert the market structure, including desktops and notebooks. 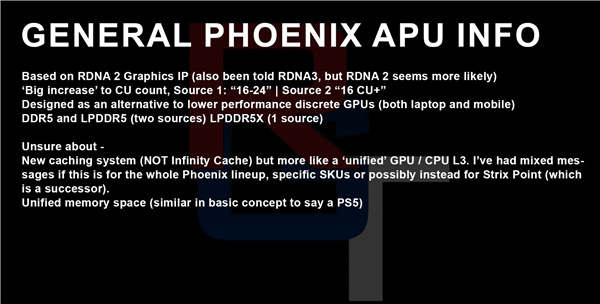 The exact specifications of the Phoenix APU are still unclear, and the sources are also different, but one thing is certain is that it will use the 5nm process and Zen4 CPU architecture. 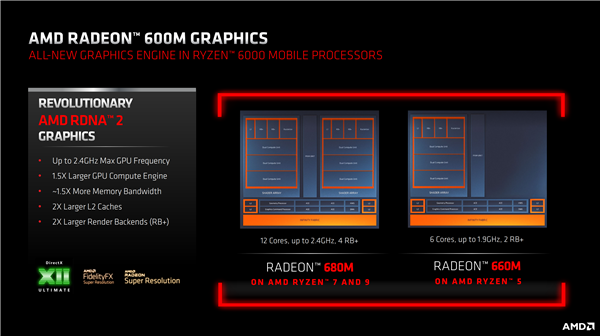 In terms of computing power alone, the Radeon 680M in the Ryzen 6000H/U series has surpassed the RX 6400 and is very close to the Xbox Series S.

The number of computing units is doubled to 24, and the frequency is assumed to be about 2.2GHz, then the RX 6500 XT can be completely killed! 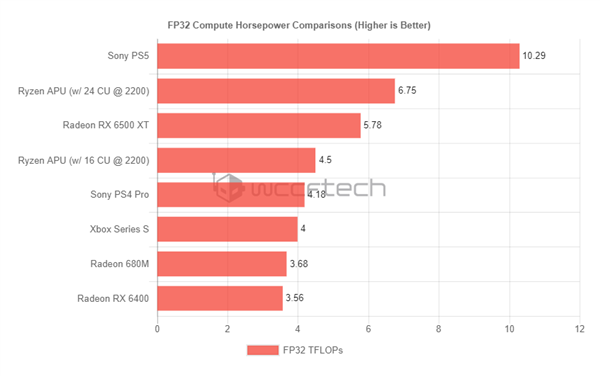 In other respects, the memory is said to support LPDDR5X, and there are two channels that support DDR5 and LPDDR5 at the same time.

There may be a new cache system , not the infinite cache of Infinity Cache, but more like the three-level cache of unified CPU and GPU.

There may also be a unified memory addressing space , similar to the PS5.

It is not clear when the Phoenix APU will be released, but it will inevitably be some time after the Ryzen 7000 series of the 5nm Zen4 architecture (after the spring of next year at the earliest), which will also integrate RDNA GPUs across the board, but it will definitely pay more attention to CPU performance.