AMD offers EXPO for DDR5 overclocking for both desktop and mobile platforms.

Overclocking profiles to replace A-XMP in the DDR4 memory era as a response to Intel’s Alder Lake platform and its XMP 3.0. 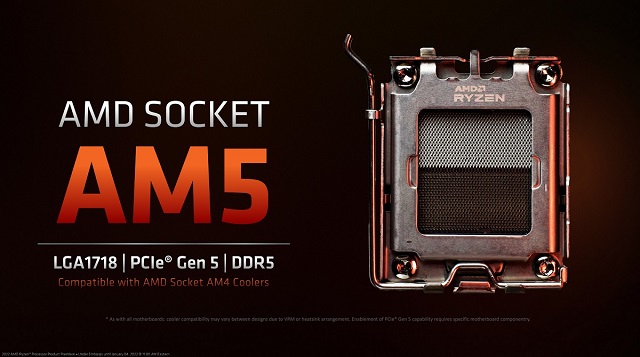 According to VideoCardz , AMD does have a new technology involving DDR5 memory overclocking, but the name is not RAMP, but EXPO, which is called EXTended Profiles for Overclocking.

In fact, AMD submitted the EXPO trademark in February this year .

According to the description of the document, it is obviously related to memory, but it did not explain the specific technical content involved.

It is understood that EXPO will store two memory overclocking profiles for DDR5 memory. The first profile will be optimized for high-bandwidth usage, and the second will focus on low-latency optimization and is an optional item.

EXPO will contain all types of DDR5 memory, including UDIMMs, RDIMMs and SO-DIMMs, which means that EXPO is not limited to desktop platforms and will likely end up in laptops at some point, with the current Ryzen 6000 codenamed Rembrandt The series is limited to DDR5-4800/LPDR5-6400 memory. 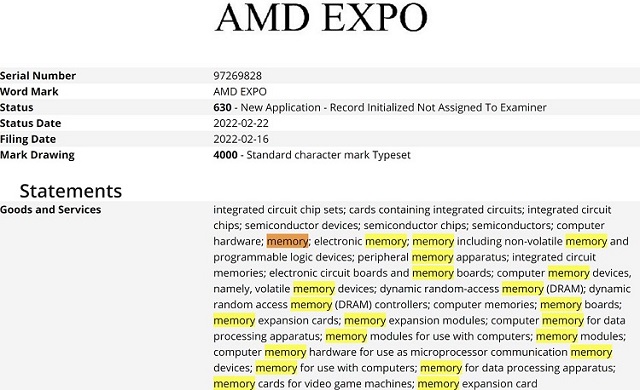 Previously, Joseph Tao, AMD’s memory project manager, said in the Meet The Experts webinar that AMD’s first-generation DDR5 gaming platform is Raphael (Ryzen 7000 series CPU), and there will be a big leap in overclocking to achieve what may be considered unattainable.

It is speculated that the “overclocking” mentioned by Joseph Tao may refer to both the CPU core frequency based on the Zen 4 architecture and the frequency of DDR5 memory.

Joseph Tao’s statement made players look forward to what AMD will do next in overclocking.