Exactly a year ago today, AMD officially launched its FSR super-resolution technology , which was then open-sourced and has now been supported by more than 110 games.

In March of this year, AMD announced the new second-generation FSR 2.0 , which switched to a time scaling algorithm.

The ban was officially lifted in May, and the promise of open source has been fulfilled today!

At present, the source code and related resources of FSR 2.0 have been fully published on the GPUOpen website, including API, C++/HLSL source code, Cauldron examples, documentation, and more.

Based on the MIT license agreement, any developer can view and use it, and AMD will continue to update it. 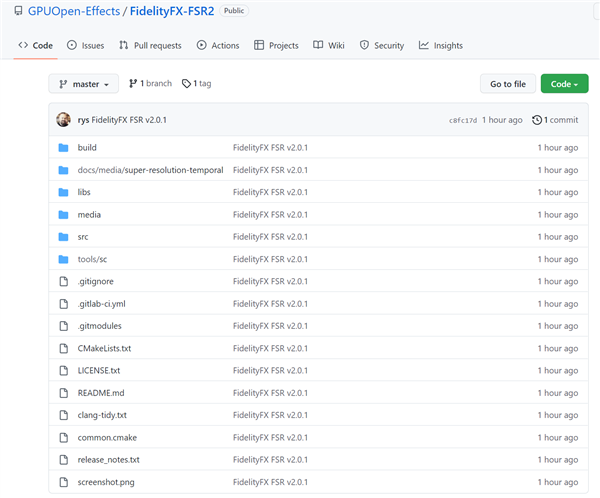 At present, FSR 2.0 has been supported by 24 games , including “Death Loop”, “Farm Simulator 22” and “God of War” that have been updated and implemented.

By the way, FSR 1.0 will continue to develop and will not end.