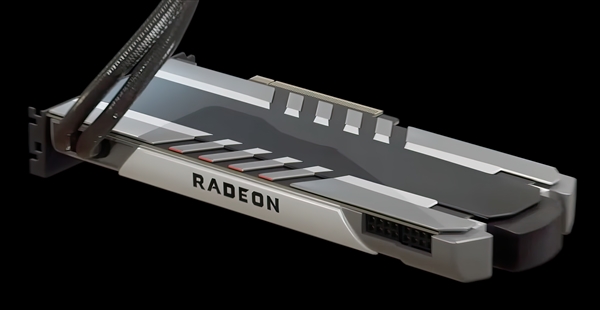 Whistleblower Moore’s Law is Dead preemptively gave the main specs of the RX 7700 XT graphics card in the latest show.

However, due to changes in the underlying design of the GPU, a single chip still integrates at most 5,120 stream processors that are the same as the RX 6900 XT, but Navi 33 only has 4,096 open.

On the one hand, Navi 33 has only 2048 stream processors compared to the previous generation Navi 23.

On the other hand, coupled with software and hardware adjustment and optimization, the rasterization performance of the RX 7700 XT is on par with or even slightly better than that of the RX 6900 XT, and the light tracking performance is no pressure to surpass the RX 6900 XT.

It is worth mentioning that the RX 7900 XT in the RX 7000 family will use a dual-core package to achieve a stream processor scale of over 10,000 or nearly 10,000, and the final performance will be even more terrifying.

In terms of release time, MLD predicts the fourth quarter of this year.