At the just-concluded CES, Intel completely updated the 12th-generation  desktop processors, with a total of 28 models in the family, ranging from i9 to Celeron.

Among them, the most entry-level of the whole series is Celeron G6900, 10nm process, only dual-core and dual-thread, base frequency 3.4GHz, does not support turbo frequency, L2 cache 2.5MB, L3 cache 4MB, thermal design power consumption 46 watts, 1,000 pieces wholesale The price is only $42.

So what is the performance level of this processor?

After investigation, the running score of this CPU has appeared on Geekbench 5.

The platform runs on the ASRock Z690M motherboard, with a frequency of 4.4GHz and matching 16GB DDR4 memory.

In a horizontal comparison, the single-core is actually comparable to the Core i9-10900K (1393 points) with a single-core acceleration of 5.3GHz.

Take the Ryzen 3 3200G as an example, with four cores and four threads, Zen2 architecture.

It is worth mentioning that the same dual-core Pentium Gold G7400 is also on sale. 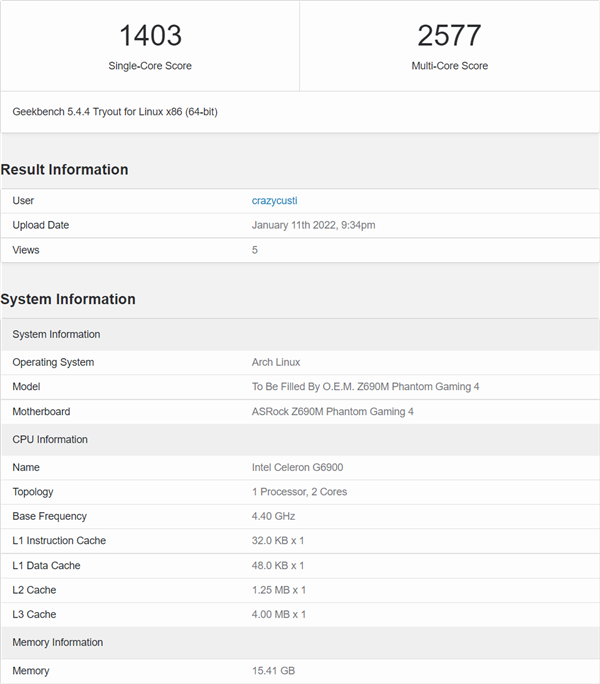